Just like there’s often a song of the summer, there’s usually a video game of the summer too. This year that game is undeniably Fortnite Battle Royale, an online free-for-all that every teen in America suddenly seems to be playing. It’s not just kids, though–everyone from rapper Drake to Los Angeles Laker Josh Hart is a fan. That groundswell of support has propelled Fortnite from a simple video game into a cultural sensation, with hundreds of millions of fans worldwide who play the game, wear the gear and even learn the characters’ victory dances.

“Fortnite is another in a long line of games like World of Warcraft or Guitar Hero or Minecraft that is changing everything underfoot,” says Mat Piscatella, a video-game industry analyst with research firm NPD Group.

Fortnite‘s big draw is a madcap multiplayer mode that drops up to 100 players on an island in a last-person-standing showdown. Players scavenge for weapons, health packs and other supplies as they hope to get the drop on other combatants before they’re taken down themselves–think The Hunger Games, only with AK-47s and sniper rifles. (Fortnite did not invent this so-called battle royale gameplay, but it has certainly popularized it.) One major twist: during each 20-minute-or-so round, a deadly storm envelops the island, gradually forcing gamers into ever tighter quarters. Meanwhile, players can build ramps, walls and other structures in the middle of a firefight; in the genre of shooter games, which can quickly grow stagnant, this is a refreshing curveball. Add a generally welcoming player community, simple arcade-style gameplay and charmingly cartoonish graphics, and it’s easy to see why Fortnite is a hit.

“The spirit of the game opens itself up to a completely new style of player who probably would not have tried a battle royale before, because the expectation was they had to be serious and good,” says Erin Wayne, a 32-year-old community manager from St. Louis who plays under the username Aureylian and streams her gaming sessions to hundreds of thousands of fans. “With Fortnite, I can be not good, and log in and play and have fun, and not have to feel that stigma.”

The way that Wayne plays to an audience of fans hints at another source of Fortnite‘s appeal and offers a glimpse into gaming’s future: for as much fun as it is to play, it can be just as enjoyable to sit back and watch. That’s especially true with top-ranked competitive players like Ninja and Sevennoss, who have earned legions of viewers for the same reasons tennis fans love to watch Serena Williams or Roger Federer. Many in the gaming world view such spectatorship as a major part of gaming’s future, often in the form of e-sports leagues, which can make money through ticket sales and merchandise. But few games have the combination of accessibility, action and pacing to make them just as compelling to viewers as, say, Wimbledon.

Fortnite just might. It’s already the most popular game on Twitch, an Amazon-owned service where millions of viewers tune in live to watch other people play video games against one another. Twitch senior vice president Michael Aragon says fans watch “billions of minutes” of Fortnite each month–numbers that any TV network (or advertiser) would love to have. Fortnite creator Epic Games, which is partially owned by Chinese megaconglomerate Tencent, recently announced plans to spend $100 million to bankroll competitions. Meanwhile, Epic’s industry rivals, like Overwatch maker Activision Blizzard, have founded e-sports leagues of their own.

Yet this gaming boom has some worried. That’s probably nothing new: since the days of Tetris and Super Mario Bros., every big new game craze has led parents and others to worry that kids are spending too much time fighting the virtual hordes instead of getting exercise or doing homework. Those fears seem even more acute today, given that smartphones and other portable devices make gaming possible anywhere. (Fortnite is available on the go via iPhone, Android and Nintendo Switch, as well as on regular computers and gaming consoles.) Meanwhile, modern VR is offering unprecedentedly engrossing gaming experiences–even though there’s no Fortnite VR just yet. In June, the World Health Organization for the first time designated “gaming disorder,” or an unhealthy obsession with video games, as a unique mental-health condition.

“People who design [games] will say yes, in fact, the games are designed to be very addictive,” says David Greenfield, founder of the Center for Internet and Technology Addiction and assistant clinical professor of psychiatry at the University of Connecticut School of Medicine. But he stresses that video games like Fortnite are fine in moderation so long as they are not causing kids–or anyone else–to ignore important elements of life. Others, meanwhile, say video games can teach teamwork, offer a sense of community and even give siblings a shared activity.

“My sons play together,” says Jill Wilson-Renna, a 47-year-old mother of four from Villas, N.J. What surprised Wilson-Renna was the day she realized her daughter was playing too: “She was staring at her phone, and she said, ‘Shh, I’m playing Fortnite,'” Wilson-Renna says. Her kids coordinate their gameplay over voice chat. “My oldest son doesn’t live with us, but he plays with his brother. I can hear them talking when I walk past my son’s room.” The game might have kids retreating deeper into their screens–but it also has the power to bring them together.

Fortnite is shaking up the gaming industry in another big way. While it’s free to download on devices from the PlayStation 4 to the iPad, it’s already made $1.2 billion, according to an estimate from industry tracker SuperData Research–mostly through the sale of so-called skins, or avatars that players can buy for a few dollars to appear as anything from a medieval knight to a giant gingerbread woman. While many players forgo skins or perhaps buy just a few, others, like Stian håve Trondheim, have spent more than $1,000 on them.

“I would never imagine I would spend so much on a free game,” says Trondheim, 21, who discovered Fortnite when he returned from serving in the Norwegian army. “People say one hour is worth $1 if you play for fun. Fortnite has given me a lot of that.”

As a business strategy, relying on people to spend money on a free game may seem counterintuitive. But giving away Fortnite has proven hugely lucrative. Taking away the pain of a $60 purchase makes it easier for Fortnite to spread by word of mouth, especially among kids who might otherwise need their parents’ permission (or credit card) to get a new game. Meanwhile, many players express a desire to contribute to the game financially, as if it were a crowdfunded labor of love and not the product of a major gaming studio. But even if the 700-employee Epic Games isn’t exactly small, its success with Fortnite could offer a model for independent studios to compete with big-name publishers, resulting in better diversity of games overall. (Epic, which has been largely tight-lipped about Fortnite‘s success thus far, declined to make an executive available for this story.)

Gaming as a whole is a booming industry, with overall revenues breaking the $100 billion mark in 2018, by one estimate. But gamers are a fickle bunch, and what’s popular in the summer is rarely the talk of the town by the holidays. Epic is working hard to keep Fortnite players around with new skins and frequent changes to the combat environment that keep the game feeling fresh. Still, its competitors, surely taking notice of the game’s runaway success, have promised to bring Fortnite-style gameplay to their own popular titles, like Battlefield and Call of Duty, which have massive audiences of their own. What will be the last game standing?

“All bets are off, but I think Fortnite holds on because its audience loves Fortnite,” says Piscatella, the analyst. “Maybe there could be a mass transition to some other game. But man–Fortnite would have to screw something up real bad for that to happen.” 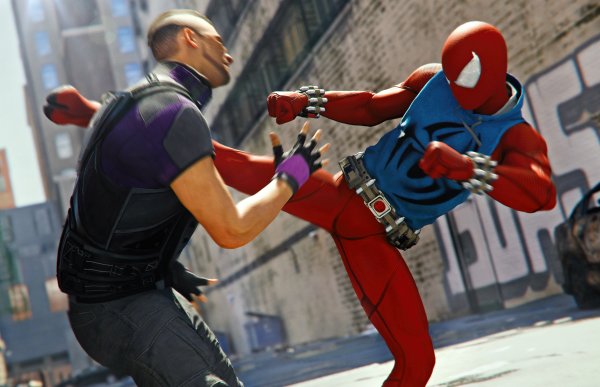 Review: Spider-Man Fans Are Going to Absolutely Love the New PlayStation 4 Game
Next Up: Editor's Pick