'We Owe It to Our Kids to Keep the Environment Clean.' Canada to Ban Single-Use Plastics as Early as 2021

Canada has set a goal to ban single-use plastics by as early as 2021 in a measure aimed at reducing waste that ends up in the ecosystem, Prime Minister Justin Trudeau announced Monday.

Single-use plastics such as bags, straws and cutlery will be prohibited in the country, which throws away about 3 million metric tons of plastic waste yearly, the Prime Minister’s office said in a statement. The initiative will also include targets for companies that manufacture or sell plastic products to responsibly dispose of their waste.

“This is a problem we simply can’t afford to ignore,” the statement said.

Currently, Canada recycles just 10% of its plastic. According to the Canadian government, over 1 million birds and over 100,000 sea mammals worldwide die or become injured due to plastics every year.

“As parents we’re at a point when we take our kids to the beach and we have to search out a patch of sand that isn’t littered with straws, Styrofoam or bottles,” Trudeau said, according to the BBC.

“That’s a problem, one that we have to do something about.”

Canada follows in the footsteps of a host of other countries that have also set targets to ban single-use plastics in the coming years. In March, the European Union voted overwhelmingly to ban straws, food containers and cotton bud sticks, among other plastics by 2021. Last year, India pledged to eliminate all single-use plastic in the country by 2022.

Trudeau’s announcement also comes after both Malaysia and the Philippines announced plans to send tons of non-recyclable waste back to the countries of origin, including Canada. Increasingly, Southeast Asian nations are pushing back against becoming a dumping ground for wealthier countries after China barred the import of scrap plastic last year.

Canada has pledged to repatriate its rubbish.

“We owe it to our kids to keep the environment clean and safe for generations to come,” Trudeau said. 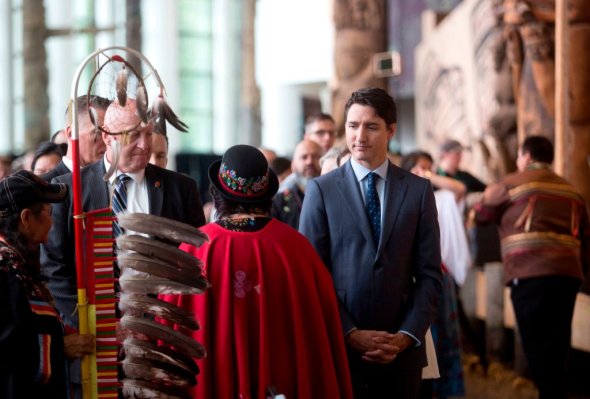 Inquiry: Murder of Indigenous Women in Canada Is 'Genocide'
Next Up: Editor's Pick