Malaysia to Send Plastic Waste Back to Where It Came From

Malaysia plans to send non-recyclable plastic back to the countries that sent it to there, said its environment minister on Tuesday.

“Developed countries must be responsible in what they send out,” Yeo Bee Yin, Malaysia’s minister of energy, technology, science, climate change and environment told Reuters. She added that some of the waste sent to Malaysia was in contravention of the Basel Convention, an international treaty drafted to regulate the export of waste to developing countries.

Read More: A Patch of Plastic Garbage in the Pacific Ocean Amounts to Twice the Size of Texas, a New Study Says

Yeo said Malaysia has already sent five containers of waste that had been smuggled into Malaysia to Spain, where it originated, according to Reuters.

Plastic waste has become a contentious issue since China upset the global market with its import ban. Just last week, the Philippines recalled its ambassador and consuls in Canada after the country missed a deadline to take back plastic waste they had shipped to the Asian nation years ago.

Approximately 180 countries agreed to amend the Basel Convention to better regulate plastic waste trade, according to Reuters. The U.S. has not ratified the treaty. 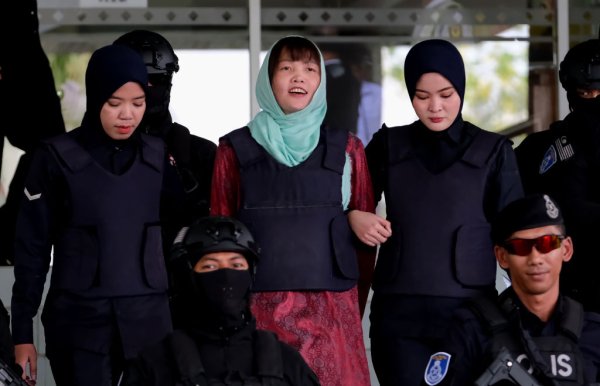