For the First Time, an Expert Panel Is Recommending a Drug to Prevent High-Risk Groups From Getting HIV

Over the past few decades, doctors and researchers have made admirable progress in controlling the spread of HIV, mainly by using anti-HIV drugs in powerful combinations that can make it harder for the virus to infect cells and pump out more copies of itself. But as any infectious-disease expert knows, preventing new infections is equally as important as treating existing cases to contain an epidemic. And in the U.S. each year, nearly 40,000 people are still newly diagnosed with HIV.

With its latest recommendation, published in JAMA, the U.S. Preventive Services Task Force (USPSTF) issued its strongest strategy yet for preventing HIV. The Task Force is an independent panel of experts that reviews available data and makes recommendations on various health issues. Many medical organizations rely on this advice for treating patients. Based on the studies it analyzed, the USPSTF now recommends that people who are not yet infected with HIV but are at high risk of becoming infected start taking PrEP, or Pre Exposure Prophylaxis, a daily medication most commonly made up of tenofovir disoproxil fumarate paired with emtricitabine (sold under the brand name Truvada), or composed of tenofovir alone. The drugs are extremely effective at preventing HIV from infiltrating healthy immune cells, essentially acting as a barrier to infection.

Gay men are considered at “high risk” of developing HIV, and the task force also includes those who have sex without a condom, people who have sex with partners who don’t know their HIV status, and IV drug users.

“If we’re going to try to end the HIV epidemic in the way the President talked about in February of this year, then we’ve got to get a lot more people using PrEP,” says Dr. Anthony Fauci, director of the National Institute on Allergy and Infectious Diseases of the National Institutes of Health, referring to the Trump Administration’s proposal to reduce new infections by 75% over the next five years and by 90% over the next decade. Currently, he says, there are up to 1.2 million people in the U.S. who are potentially at higher risk of getting an HIV infection than the general population, but fewer than 30% of them are taking advantage of PrEP.

Despite numerous studies supporting PrEP’s effectiveness, many physicians who aren’t HIV experts are still reluctant to prescribe the drug since they would be giving it to otherwise healthy people, and exposing them to potential side effects, which include kidney and digestive system problems, as well as bone loss, although these are relatively rare. Not all insurers cover the entire cost of PrEP either, leaving patients with high co-pays, but with the USPSTF’s new guidance, more payers should be convinced that the drug is worth reimbursing. “I consider this a significant advance toward our quest to get as many people on prevention as we possibly can,” says Fauci. “We are not going to bring the incidence of new infections down significantly unless PrEP is maximally utilized.”

The task force evaluated 12 rigorous studies, and found that PrEP lowered the risk of getting HIV by 54% in follow-up periods of anywhere from four months to four years, compared to those receiving either a placebo or nothing at all. The studies showed that even when people in the studies used PrEP more intermittently—for example only during periods when they would be engaging in higher risk behaviors—their risk of acquiring HIV was still lower than among those not using PrEP. And the more faithfully people took the daily pills, the higher the likelihood that they would be protected from HIV. Based on these results, the task force determined that the benefits of protection from HIV outweighed the potential risks of the medication.

Such strong evidence doesn’t always lead to changes in practice, notes Dr. Diane Havlir, professor of medicine at the University of California, San Francisco, who was not part of the task force. With PrEP, she says, the evidence needs to be part of a broader, community-based effort to reach people who might benefit and help them to trust in the benefits that PrEP can provide. “So much in health happens outside the doors of the clinic,” she says. “That’s why community outreach ambassadors, people who talk about using interventions such as PrEP, are one of the most important parts of making something like PrEP uptake happen.”

In San Francisco, Havlir, along with Dr. Susan Buchbinder, director of Bridge HIV at the San Francisco Department of Public Health, has pioneered a program called “Getting to Zero San Francisco,” aimed at making the city the first in the U.S. to have zero new infections over a year. To do so, they have worked with city officials to initiate universal HIV testing for anyone treated in the emergency room of San Francisco General Hospital. “Testing is the gateway to prevention, and testing is the gateway to treatment,” says Havlir. (In its latest guidelines, the USPSTF also confirmed its previous advice that all people between the ages of 15 years and 65 years be tested for HIV.)

Havlir and Buchbinder have also launched an innovative treatment program that immediately connects people who are diagnosed with HIV to the hospital’s treatment clinic and set up with their first dose of anti-HIV pills. People who are negative, but considered at risk of acquiring HIV, are introduced to PrEP.

“I hope that with this recommendation we can garner momentum to bend the curve for new HIV infections in the U.S.,” says Havlir. 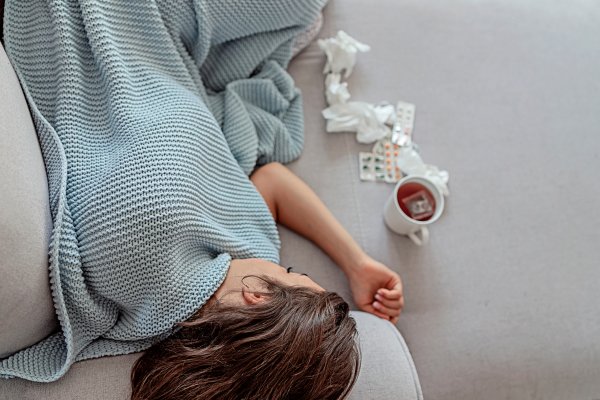