There's a Drug That Prevents HIV. Let's Use It

Since 2012, there has been a drug that can protect you from getting infected with HIV. It’s a combination of drugs that originally were developed to treat the infection, but studies found that giving it to people who are uninfected but at high risk of getting exposed to HIV could lower their risk of getting HIV by as much as 90%. But because the drug was tested in lab-based research settings, some questioned whether the therapy, called pre-exposure prophylaxis, of PrEP, would work in real world clinics and community health centers.

Now they have their answer and it’s an encouraging yes. Reporting in JAMA Internal Medicine, researchers show that providing PrEP to men who have sex with men, who are at highest risk of developing new HIV infections, dropped their rates of HIV dramatically. In the study, conducted at two clinics treating sexually transmitted diseases and a community health center in three different cities, 437 men and transgender women took PrEP, which consists of emtricitabine and tenofovir (together called Truvada), for nearly a year. Only two became HIV positive, but both showed extremely low blood levels of the drug, suggesting that they took only about half of their required doses.

Even more encouraging, the study found that those engaging in the riskiest behaviors for acquiring HIV — having sex without a condom and having multiple sex partners, were the most likely to have protective levels of the drugs in their blood at the end of the study. Rates of sexually transmitted infections, while high, did not increase during the study period while the participants were taking PrEP. In other words, the drug did not make users more promiscuous or more reckless about their risk.

“These results are promising, and really highlight the potential role of PrEP as a prevention tool for men who have sex with men,” says Dr. Albert Liu, clinical research director of Bridge HIV in the San Francisco Department of Public Health and the study’s lead author.

MORE: Treatment as Prevention: How the New Way to Control HIV Came to Be

But PrEP continues to suffer from an image problem. In the months and years after it was approved, even those in the gay community, perhaps skeptical of its too-good-to-be-true promise, began denigrating those who took advantage of the drugs, labeling them Truvada whores. Well respected and early pioneers in AIDS advocacy were equally leery, seeing PrEP as a dangerous cancer that could eventually undo all the laborious work they had put into educating people about the disease and warning them about the unsafe behaviors that promote HIV.

Even in San Francisco, which is taking bold and unprecedented steps to become the first city to declare itself HIV-free by providing free testing to everyone in their emergency rooms and immediately providing anyone who tests HIV positive with anti-HIV drugs and a doctor to guide them through their care, men in the city’s Castro district, where the rates of new HIV infections are highest, still weren’t aware of the medication. “I was surprised when I first learned about what it does,” says Andrew Giddens, a sous chef whom I met at the Castro’s HIV clinic that offers free HIV tests. While he’s HIV negative, Giddens has been in relationships with HIV positive partners, so “to me it’s like a wonder drug. How come every single person in the gay community does not know about this?”

It’s not just awareness that’s holding PrEP back. There are other potential barriers, which the current study laid bare. While all the PrEP takers showed protective levels of the drugs in the blood, they were still lowest among African-American men, and the reasons had nothing to do with factors such as depression or substance abuse. Instead, Liu and his colleagues believe other types of barriers, such as cultural perceptions about both HIV and HIV treatments, mistrust of the medical system, and competing social or health priorities may be contributing to the lower adherence to the drug regimen.

That theory is supported by a separate study published in the same issue, in which researchers from Chicago focused specifically on PrEP trends among young black men who have sex with men. Among the group of 622 who participated in the study, only 40% were aware of PrEP and 4% had used it, despite the fact that they belonged to the group at highest risk of contracting HIV.

“These studies show yet again that PrEP works,” says Dr. Anthony Fauci, director of the National Institute on Allergy and Infectious Diseases, who was not involved in either study. “We know PrEP works, and we know it doesn’t increase risk behavior. The issue is, can we get PrEP to the people who really need it?”

Fauci and Liu both note that as encouraging as the data on PrEP’s effectiveness are, there’s a danger that it can further widen already existing disparities in HIV incidence. PrEP was provided free to members of the studies, but costs anywhere from $8,000 to $14,000 a year. While cities like San Francisco have taken bold steps to make PrEP available at no charge to anyone who is HIV negative but at high risk of becoming positive, not all cities have allotted such funds for HIV prevention. “We know it’s economically sound to do so,” says Fauci. “We know if we prevent an infection, it saves $350,000 over a lifetime for a person in health costs, so it’s definitely an economically sound approach.”

Indeed, both the U.S. Centers for Disease Control and the World Health Organization now recommend PrEP as an effective way to prevent HIV infection among those who are at high risk of getting exposed to the virus. Putting these study results together with those from previous research trials of PrEP, says Fauci, it’s time to put concerns that a drug-based prevention strategy will lead to more unsafe behavior and higher HIV rates to rest. And it’s time for more cities and states to take San Francisco’s lead and figure out ways to make PrEP available to those who can benefit most. “Enough is enough. We have enough data, so let’s do it,” says Fauci. 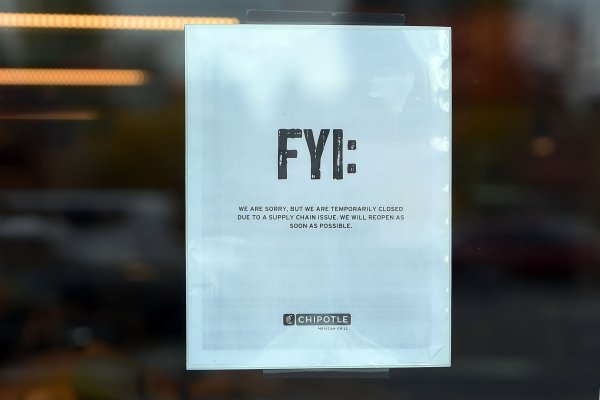