Here Are the Best, Weirdest and Wildest Moments of the 2019 Tony Awards

James Corden is aware that you may not have seen Hadestown, The Boys in the Band, Ain’t Too Proud or To Kill A Mockingbird. He knows that it’s expensive and midtown Manhattan is a nightmare and there is lot of good television on. He is aware of all that, but he still thinks Broadway can’t be beat.

“The stage is our noble mission,” Corden sang in the opening number of the 73rd annual Tony Awards. “We’re much better than the television … except for Game of Thrones. And Fleabag, and Handmaid’s Tale, and Killing Eve…” It was a clever, self-referential start to the Sunday night presentation and it just got better from there.

Here are the weirdest, wildest, most tear-jerking and heart-warming moments of the 2019 Tony Awards:

Most High-Brow Bathroom Joke: During James Corden’s opening, he noted that one problem with live shows is that sometimes people have to use bathroom. As he uttered the line, the camera panned to Bryan Cranston, nominated for his role in Network, making a break for the bathroom. “Now?” Corden said in disbelief. “The show literally just started, we’re in the middle of the opening number.” Cranston tried to get away quietly, but when Corden pushed, Cranston cracked, “I am bloated as hell and I’m not gonna take it anymore!” Referencing the famous line from the 1976 film, Network, which the Tony nominated play is based on.

Greatest Proposal: Tina Fey tweaked the teleprompter so when Jake Gyllenhaal read his lines, he introduced her as “my fiancée,” which definitely counts as a proposal. Well done, Fey, well done.

Best Special Effects: Fey pointed out that since it is 2019, the Tonys should no longer separate awards by gender. She suggested instead that the acting categories be divided into humans or puppets. “Did you know it takes eight guys to operate Bryan Cranston?” she joked.

The Biggest Losers: James Corden hit the audience with some harsh truths: “Statistically speaking the majority of you will be losers.” Due to that inescapable fact, Corden decided to help those eventual losers practice their “losing faces,” because “when the camera is on you, you need to hide that disgust.” He got Kristin Chenoweth and Andrew Rannells to show what their faces will look like if they were nominated and lost, but the best loser was Jeff Daniels, who looked like he was going to murder the cameraperson and then mouthed a profanity.

Most Supportive Twitter Feed: Hamilton isn’t up for any awards this year, but it has turned its Twitter feed into a cheerleader, creating mashups from all the shows nominated for Best Musical this year.

Darkest Acceptance Speech: “Actors are a bit like nuclear warheads,” said Bertie Carvel, taking home Best Actor in a Featured Role in a Play for his work in Ink. “That is to say, toxic, maybe best handled with care, but entirely pointless if not for the people who get them to the place where they need to do their work.”

Greatest National Treasure: Elaine May, who took home Best Actress in a Leading Role in a Play for her role in The Waverly Gallery, last appeared on Broadway 52 years ago and won her first acting award at this ceremony at the age of 87. She took the stage, delivered a speech of grace and humor, and uttered the instantly meme-able line, “Michael Cera was my only friend,” forever cementing her in internet lore. She’s such a national treasure that Nicolas Cage might try to reboot his franchise just to steal her.

Best One-Line Burn: “They say the best 10 years of an actor’s life are between 39 and 40,” said Jane Krakowski, slyly skewering the entire audience while introducing the musical, Tootsie.

Best Mantra: When André De Shields, who won for featured actor in a musical for Hadestown, took to the stage, he shared three pieces of wisdom he has picked up in his lifetime: “One, surround yourself people whose eyes light up when they see you coming. Two, slowly is the fastest way to get to where you want to be, and, three, the top of one mountain is the bottom of the next, so keep climbing.”

Loudest Call to Action: When Rachel Chavkin won Best Direction of a Musical for her work on Hadestown she used her stage to point out that she was the only woman nominated for direction and called out the theater world for not having the creativity to bring more women and people of color into the fold. “It’s a failure of imagination by a field whose job it is to imagine how the world could be,” she said.

Most Heart-Warming Speech: Oklahoma! star Ali Stroker became the first person who uses a wheelchair to ever win a Tony Award, taking home the prize for Best Performance by an Actress in a Featured Role in a Musical and the audience gave her win her a well-deserved standing ovation. “This award is for every kid who is watching tonight who has a disability, who has a limitation, or a challenge, who has been waiting to see themselves represented in this arena—you are,” she said.

Best Trip to Hell: Audience members were ushered on a quick trip to Hadestown by newly-minted Tony winner André De Shields. As Hermes, he sent viewers to the underworld where an incredibly designed set, haunting music and carefully choreographed swinging lights created a dramatic mood, transforming Radio City into a dark and otherworldly place.

Greatest Pride Month Crossover: The performance of Prom ended with two women kissing live on national TV. It was a bold move, but what would you expect from the show that gave the Macy’s Thanksgiving Day Parade its first televised same-sex kiss last November? People just need to get used to it, because Ryan Murphy has announced plans for a Prom movie for Netflix, Vulture reports.

Most Honest Moment: Singing his own version of Be More Chill track “Michael in the Bathroom,” Corden opened the show’s third hour in the theater’s bathroom, singing about his fear that “everyone would rather be watching Big Little Lies.” He was then joined by Josh Groban and Sara Bareilles who hosted the 2018 award show, and have been hiding in the bathroom ever since. Neil Patrick Harris himself also chimed in for a brief cameo.

Best Idea for a Broadway Show: Corden confessed that CBS was concerned about the ratings for the Tonys, but he had an idea: Get Broadway stars to start some drama. Laura Linney and Audra McDonald stepped up with some trumped up beef, and were about to get in it, with McDonald even moving to take off her earrings to show she meant business. The fight was only stopped by the arrival of Billy Porter, who knows how to make an entrance, but, frankly, the world would have watched those two go at it for hours.

Best Way to Ensure a Win: Jeremy Pope has figured out how to increase his odds of winning a Tony Award—star in not one, but two incredible plays. Specifically, Choir Boy and Ain’t Too Proud. Not even Bryan Cranston has managed that trick.

Best High School Musical sequel: Funny to run into Corbin Bleu kicking up his heels in in Kiss Me Kate, because prior to this he was best known playing Chad Danforth and telling the world he don’t dance in High School Musical 2. Broadway is exactly where Chad needed to end up.

Best Display of Gratitude: Stephanie J. Block, who won the Tony for best performance by an actress for playing Cher in The Cher Show, knows who matters in life. She thanked God for her life, “the goddess Cher for her life”, and ended her speech by telling her husband, Sebastian Arcelus, that she loved him and reminding him that, “If you ever leave me, I’m going with you!” 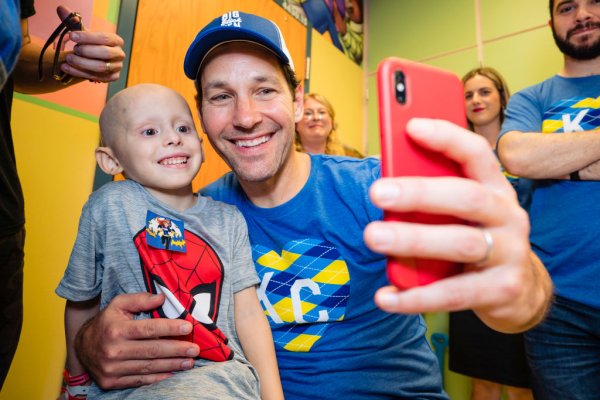