Jeff Daniels Plays a Hero on Broadway. He’s Still Waiting for One in the Real World

The day is cloudy and so is Jeff Daniels. The actor has walked to Central Park directly from watching the news conference in which Attorney General William Barr defended President Trump in the moments before the release of special counsel Robert Mueller’s report, and it has done even less for his mood than the drizzle that arrives at the park entrance with him.

“I’m waiting for the hero,” Daniels growls, after sitting gamely for a portrait with the two Australian shepherds he has come to walk. The older one, Magglio, is named for a Detroit Tigers outfielder his daughter had a crush on in high school. Scout joined the family last summer after Daniels signed on to play Atticus Finch in a new Broadway production of To Kill a Mockingbird. Aaron Sorkin adapted Harper Lee’s 1960 novel for the age of Trump, and the show’s roaring success is fueled by the steady combustion of liberal sensibilities and the kind of news Daniels is stewing over.

“It’s exactly what Mockingbird is about,” he says of Barr’s news conference. “You know, it’s about, where’s goodness and decency? It’s respect and honesty and truthfulness and ‘do unto others.’ Where is that? I didn’t see it this morning. I haven’t seen it for two years.” He pauses to pick up after one of the dogs. “But the country is divided between people who want to believe it and people who don’t believe it. Dangerous times.”

Daniels in real life sounds a bit like Will McAvoy, the cable anchorman he played in the HBO series The Newsroom, another Sorkin creation. The show, which ran from 2012 to 2014, got mixed reviews. But the declamation McAvoy uncorked in one episode, on “Why America is not the greatest country in the world anymore,” has been viewed upward of 15 million times on YouTube. It’s a self-critical summons to remembered greatness that makes its appeal from pretty much the opposite pole as a Trump rally, and it suits Daniels as comfortably as the Atticus Finch that Sorkin wrote with him in mind.

“Usually, how it works, the actor gets a job and two weeks into a 12-week shoot is calling the agent going, ‘What’s next?’ Or, ‘Get me off this set. Get me out of this movie.’ That’s not happening with this,” Daniels says. He’s doing eight shows a week. There’s a bit of makeup from last night’s performance on his right temple. “You got one of the great fictional American heroes, maybe just a great American hero because people think he’s real. And you’re onstage at the Shubert Theater, the Carnegie Hall of Broadway, as it was described to me. Riding Aaron Sorkin like he’s Secretariat.”

At the Shubert, Daniels draws cheers just walking onstage. “People,” he says, “are jumping to their feet every night.” The $1.77 million the show took in the first week of May set a record for an American play on Broadway. And it’s up for nine Tonys, including one for Daniels for Best Leading Actor in a Play.

“There’s all that,” Daniels says, “and then there’s the thing that happens, I don’t know, three or four times a month—what a gift: I’ve had prominent people coming back with tears in their eyes and just overwhelmed. So changed, rocked, moved that 15 minutes after the curtain came down, they’re in the restroom and they’re still crying.”

“The American theater has a voice.”

At 64, Daniels came to gravitas the long way. His breakout role was playing the weak, unfaithful husband of a dying woman in Terms of Endearment. “I certainly wasn’t on the leading man’s square-jaw track,” he says. “But the guys I modeled after, or loved, were Jack Lemmon and Dick Van Dyke, Alan Arkin in The In-Laws, Peter Sellers’ Pink Panthers, Strangelove—guys that could do comedy and drama. And comedy’s always been a second-class citizen, a lesser art form. There’s little gravitas in a guy getting in trouble in Something Wild,” he says, referring to his 1986 crime comedy.

But theater, like Daniels, is limber. He came to New York City in 1977 to work at the Circle Repertory Theatre, and remained invested in the stage throughout his film career. “At no time did I stand in the first day of rehearsal of a play and have anyone say to me, ‘Could you do what you did in that last play, just do it here?’ Which is what Hollywood’s all about. ‘Do you have a brand yet? Do you have an image yet? Can you play to that? Don’t deviate from that, it’s not why we hired you.’ So that was the choice behind Dumb and Dumber”—the 1994 Farrelly brothers comedy that had him stuck by frozen urine to Jim Carrey on the back of a motorcycle. “How out-of-the-box can I go?’’

Far enough, apparently. In just the past two years, Daniels has starred in the Hulu series The Looming Tower as a legendarily troubled real-life FBI agent, in the Netflix western Godless as a one-armed child killer and now he’s Atticus Finch. In his hometown of Chelsea, Mich., where his father served as mayor and Daniels and his wife chose to raise their family, he founded the Purple Rose Theater Company, named for the 1985 Woody Allen movie that made him a leading man. He doesn’t mind the time away (his Mockingbird contract runs through October). “I relax more here than back there,” Daniels says. “It’s the most overcaffeinated city in the world. I come here to relax.” He stands 6 ft. 3 in. and moves through the park either unrecognized or too quickly for anyone to snag him. “We’re walking!” he tells the dogs, when one pauses to snuffle.

When he first left Michigan, Daniels threw a guitar in the trunk. He still plays, often in public, often with his son, Ben, and usually his own songs. He wrote the gentle “Hard to Hear the Angels Sing” after reading a Kathleen Parker Washington Post column from November 2016, lamenting a public sphere where people talk past one another.

But Daniels also writes plays (for the Purple Rose) and says that’s what lets him appreciate what Sorkin, best known for The West Wing, has done with arguably America’s most treasured novel, which still sells a million copies a year, never mind the iconic 1962 film. The dry humor, specifically tailored for Daniels, is only part of it.

“You can’t just sit up there in 24 chairs and read the book,” he says. “Or take a Horton Foote screenplay and put it on the stage word for word. That feels like a money grab. What’s the added value of doing Mockingbird on Broadway right now?”

The question might have been answered differently four years ago, when the U.S. had a black President and Lee’s previously unpublished first novel, Go Set a Watchman, was about to be released. The book includes the same trial featured in Mockingbird, but its version of Atticus sees no contradiction between defending a wrongly accused black man and sitting on a committee dedicated to keeping the town’s African-American population subservient to its whites.

Sorkin’s Mockingbird focuses less on race than on some electoral divide, with white liberals and African Americans (chiefly Calpurnia, the maid) assembled on one side, resentful whites on the other. This Atticus gets into a physical tussle with a redneck, to cheers from the audience. Daniels sees the hunger every night.

He shrugs. “Apparently we need reminding.” 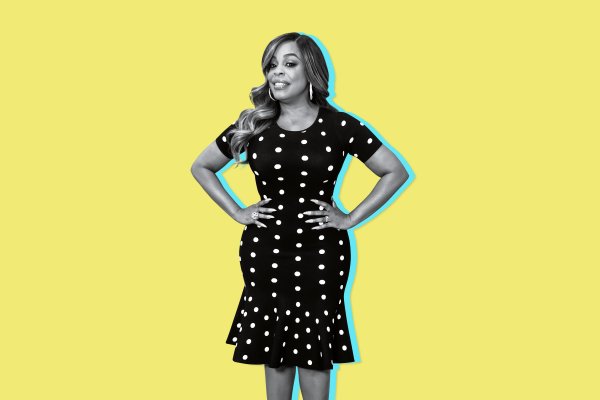 Niecy Nash Is the Star of Her Own Show. Now She’s Calling the Shots Too
Next Up: Editor's Pick