The rogue coffee cup that mistakenly made an appearance with Daenerys on last week’s episode of Game of Thrones provided endless mirth for the Internet, a joke that the cast of the hit HBO show want in on.

Following HBO’s statement on the beverage’s surprise cameo, in which they cheekily asserted that “the latte that appeared in that episode was a mistake. Daenerys had ordered an herbal tea,” some of Westeros’ most prominent residents took to social media to troll the show’s gaffe.

The current queen of the Seven Kingdoms and resident occupier of the Iron Throne, Lena Headey took to her Instagram to inquire about the coffee order for the upcoming episode, noting that Queen Cersei prefers her pumpkin spice lattes with oat milk and that winter cups might be in order.

Meanwhile, the mother of dragons in pursuit of the Iron Throne, Emilia Clarke, also hopped on Instagram to comment on the coffee’s appearance in her scene, including a surprise guest, Jason Momoa, who played her now-deceased husband Khal Drogo in earlier seasons.

The queens weren’t the only people who wanted to sound off on the coffee cup, however; Ser Davos took it one step further and brought what he claimed was the offending coffee cup from the scene to an interview with Conan O’Brien on Tuesday, along with an explanation of what went down: “These things happen, it’s a big job, people run in, and Emilia [Clarke] probably drinks too much coffee.”

All in all, trying to overthrow Cersei is big undertaking, so needing that extra caffeine boost is understandable. 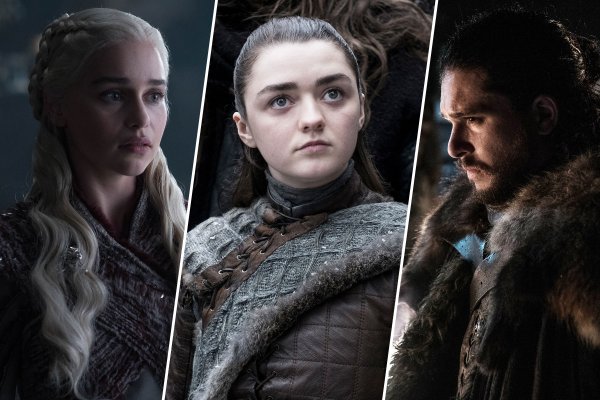 The Ultimate Game of Thrones Fan Quiz: Find Out Who You Really Think Should Win
Next Up: Editor's Pick