The 3 Most Effective Exercise Moves That Don’t Require Equipment

If you have access to a gym, there’s nothing wrong with using exercise machines. But it’s also a good idea to sometimes forgo equipment and use the weight of your own body to work out.

Here’s why: While machines tend to isolate specific muscle groups, “a lot of body-weight exercises force you to control your movements and stabilize yourself, and to do that you need to recruit and train a lot of different muscles,” says Chris Gagliardi, a certified personal training and weight management specialist with the American Council on Exercise.

It’s a good workout for your brain, too, since body-weight moves often require more concentration than machine-based exercises. “To put the different pieces together and execute these moves properly, you have to stay focused, engaged and present,” he says. “A lot of machines don’t have that cognitive component.”

Stepping off the machines also gives your body a chance to make different shapes and move the muscles that machines might miss. “With most machine-based exercises, you’re moving along one plane—either forward-backward or side-to-side,” he says. “With body-weight movements, you hit multiple planes, so you have the ability to train not just different muscle groups but also how the body moves.”

These are the three best exercises that require nothing more than your own body weight, according to Gagliardi.

How to do them: Start out standing and then squat down so your palms are on the ground. From here, thrust your feet back so that you’re in the starting position for a pushup (also known as a plank). Hold this pose for a second or two, do a pushup, and then reverse these steps—pull your legs forward so you’re back in a squat and then jump up so that you’re landing back in your starting position. (If you’re confused, YouTube has many helpful burpee tutorials.)

What they do: Burpees train your chest, triceps, shoulders, core, hips, thighs, calves and butt. “Really, you’re targeting your entire body,” Gagliardi says. “And there are a lot of different variations you can throw in to personalize it.” For example, you could hold the pushup position a few seconds longer to better activate your abdominal muscles. Or, when you have the movement down cold, you could speed everything up to enhance the aerobic aspect of the exercise.

A fun twist on a traditional burpee is the inchworm. “Instead of squatting down and kicking your feet back, you squat down and walk your hands out in front of you,” he says. “You’ll engage your shoulders and triceps and core more with this variation.”

How to do them: Get down on all fours, and then step forward with one leg as though you’re in the process of scrambling up a steep hill. From this starting position, use a jumping motion to push your forward leg back while pulling your back leg forward. “It’s kind of like running in place, but on all fours,” Gagliardi says.

What they do: Mountain climbers train your upper body, arms and shoulders while also increasing lower-body strength, flexibility and cardiorespiratory fitness. “Again, you’re targeting a whole lot at once,” he says.

How to do them: This move is tricky and requires practice and proper instruction. But, in a nutshell, you’ll start flat on your back with one arm and hand raised and pointed at the ceiling. Without letting your arm or hand drop, you’ll roll onto your side, plant a foot on the ground, and rise to your feet.

What they do: Turkish get-ups target your shoulders and core, but also a lot of under-utilized stabilizing muscles in your back and around your hips. “It’s great exercise on its own, and it’s also good for warming up,” Gagliardi says. Once you have the movement down, you can add a kettlebell to increase the difficulty, he says.

Add all three of these moves to your exercise regimen, he says, and you can count on engaging and training a more diverse set of muscles than if you spent all your gym time on machines. 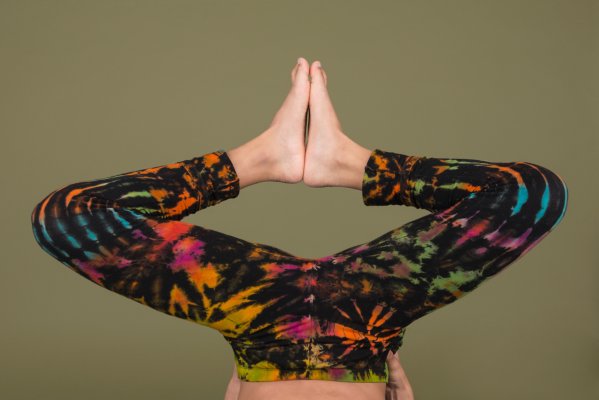 Many Marijuana Users Turn to the Drug for a Surprising Reason: Workout Fuel
Next Up: Editor's Pick