The K-pop group BTS has won the 2019 TIME 100 reader poll, marking the second year in a row the seven-person band has claimed victory.

The South Korean group has received numerous awards since capturing global fame in 2013, and is a social media phenomenon, with more than 19 million followers on Twitter. BTS, which stands for “Beyond the Scene,” was also named one of TIME’s Most Influential People on the Internet in 2017 and 2018.

BTS released a new album, Map of the Soul: Persona on April 12, marking a step into a new phase for the group after the final album in the Love Yourself trilogy was released last year. The seven new tracks kick off a new era for BTS.

The group has earned about 6% of the vote for readers’ choice in the TIME 100 poll. While TIME editors are responsible for selecting the eventual TIME 100, the online reader poll allows the general public to give its input. This year’s runners-up include former First Lady Michelle Obama, Congresswoman Alexandria Ocasio-Cortez and teen climate activist Greta Thunberg.

The official TIME 100 will be announced April 17 on TIME.com. 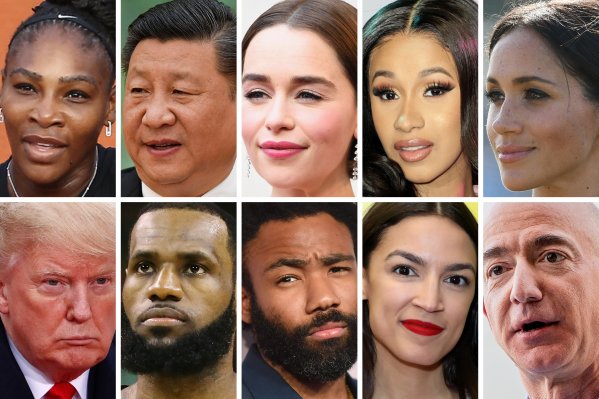