Prince Harry and Meghan Markle Just Stepped Out With Their Royal Baby. See the First Photos

By Raisa Bruner and Cady Lang

Meghan, Duchess of Sussex and Prince Harry, Duke of Sussex are sharing the first glimpse of their new baby boy, two days after Meghan Markle gave birth to their son. The new parents stepped out for a photo call in St. George’s Hall at Windsor Castle on Wednesday morning, near their Frogmore Cottage home, for their first public appearance together since the birth on Monday, May 6.

During their appearance, Markle shared her joy at the newest addition to their family.

“It’s magic. I have the two best guys in the world, so I’m really happy,” Markle said. “He has the sweetest temperament. He’s just been the dream, so it’s been a special couple of days.”

They also shared three photos on their official Instagram account, showing the new family of three walking through Windsor Castle, with Prince Harry cradling Baby Sussex in his arms. The Duchess of Sussex wore a sleeveless trench dress designed by Grace Wales Bonner.

“Today the Duke and Duchess of Sussex are delighted to share their first public moment as a family,” they noted. “They are so incredibly grateful for the warm wishes and support they’ve received from everyone around the world, since welcoming their son two days ago.”

While Meghan Markle and the Duke of Sussex were active and vocal about the pregnancy during the lead-up to the birth of their royal baby boy, they chose to keep the child’s birth itself a private event, sharing in an official statement that they had taken the personal decision to recuse themselves from making all the details public. “The Duke and Duchess look forward to sharing the exciting news with everyone once they have had an opportunity to celebrate privately as a new family,” they said.

And that’s how it has played out: Markle gave birth at 5:26 a.m. on Monday, May 6, after which Prince Harry answered a few questions on camera about their new “absolutely amazing” infant. He also promised they would be back in a few days with news of the baby boy’s name. Meanwhile, their social media account shared the news and that the baby weighed 7 pounds and 3 ounces, and an official notice was posted outside Buckingham Palace, as is tradition.

Markle and Prince Harry’s new baby is seventh in line to the throne and will likely not take on the same prince titles as his cousins. In any case, this is just the start of celebrations for the growing family.

Write to Raisa Bruner at raisa.bruner@time.com and Cady Lang at cady.lang@timemagazine.com. 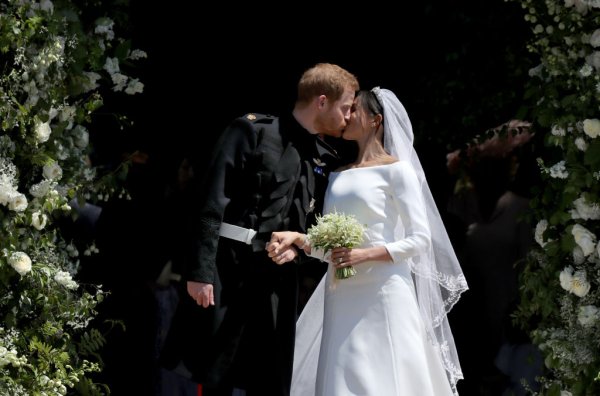 Here's Why We Have to Wait to Find Out Prince Harry and Meghan Markle's Royal Baby Boy's Name
Next Up: Editor's Pick