Sophie Turner has spent the past eight years portraying Sansa Stark for Game of Thrones fans everywhere and as she prepares for the final season of the beloved show, she’s reflecting on her experiences working on the series, especially regarding workplace equality.

In an interview with Harper’s Bazaar UK, Turner was vocal about her support of the #MeToo movement, noting that she insists in all her contracts that there is an inclusion rider, which enables her to ensure that there will be a 50/50 male/female workforce. Inclusion riders, however, don’t always guarantee equal pay, which is an issue that she encountered during her time on Game of Thrones, where her co-star, Kit Harington, who played Jon Snow, the King of the North was paid more than Turner.

The actress explained the nuances of the situation thusly: “[Equal Pay is] a little tricky. Kit got more money than me, but he had a bigger storyline,” she said. “And for the last series, he had something crazy like 70 night shoots, and I didn’t have that many. I was like, ‘You know what…you keep that money.”

Turner thinks that change is coming when it comes to wage gap disparity, however, noting that more of the people in power in her industry are “willing to listen to people saying, ‘I want the same amount of money.'” 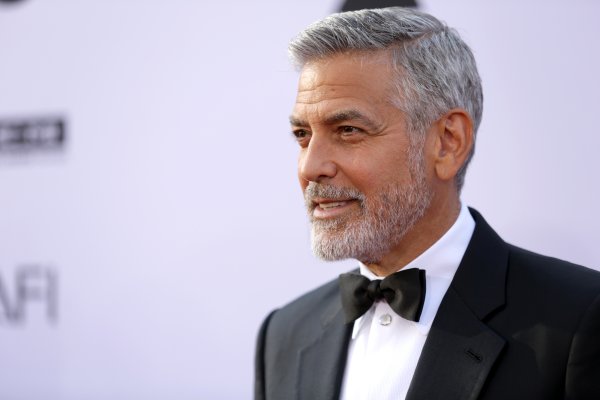 George Clooney Calls for Boycott of Sultan of Brunei's Hotels Over Anti-Gay Stoning Law
Next Up: Editor's Pick