A dog went missing for four days at Atlanta’s Hartsfield-Jackson International Airport, in what sounds like a potential reboot of the 2006 film Unaccompanied Minors where children ran wild in a snowbound airport.

The dog, a 22-month-old American Staffordshire Terrier named Gale, was on her way home to Amsterdam after competing in a dog show in Louisville, Kentucky, when she escaped from her crate. According to CNN, the pup’s crate was being held in the airfield as workers were getting ready to load her on to the cargo area of a KLM flight bound for Amsterdam. When their backs were turned, she somehow reenacted a Harry Houdini routine and escaped. Her human companions got the news that the dog was missing just as they were preparing to board the plane themselves. They understandably “freaked out” over the fact that their beloved, prize pup was running loose on the busy airport’s tarmac.

The airport workers quickly jumped into action to try and locate the little escape artist. Pilots and other airport workers reported Gale sightings and the airport’s ops team set baited traps in the hopes of catching the dog and the airport’s resident wildlife biologist was trudging through the surrounding thicket and water traps calling for the runaway dog. It took four days, but eventually when Gale’s owner called for the dog, she came running and jumped into his arms. The airport tweeted out the pup’s sweet reunion with her owner. No word on whether Gale has been contacted by Hollywood agents for the rights to her big adventure. 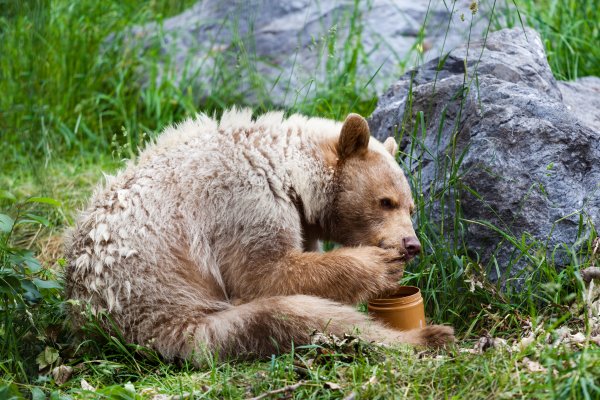 Honey-Jacking Bear Might Be the Most Wanted Animal in America Right Now
Next Up: Editor's Pick