Here's What We Know About How Much the Mueller Report Cost

On March 22, Mueller delivered his report to Attorney General William Barr, who later released a four-page summary the special counsel’s findings before making a redacted copy available to Congress. Over the course of his probe, Mueller brought 199 charges against 34 people and three companies, including six of Trump’s former advisers and associates. Barr wrote in a letter to the leadership of the House and Senate Judiciary committees that he “may be in a position to advise you of the special counsel’s principal conclusions as soon as this weekend.”

The report found that the Russian government interfered with the 2016 presidential election, though it concluded that there was “insufficient evidence to charge a broader conspiracy” between Trump’s campaign and Russia. While the report could not conclude whether Trump committed a crime, it also did not exonerate him.

Here’s what we know about how much the report cost to produce.

Between May 17, 2017 — the day Mueller was appointed Special Counsel — through Sept. 30, 2018, his office spent $12,287,852. This includes $7.3 million on salaries and benefits, $1.3 million on travel and transportation, and $2.2 million on rent and utilities. In the most recent of the three expense reports filed, the Special Counsel’s office also says it spent $15,618 on printing and copying needs.

Not included in these figures are “component expenses” incurred by the Department of Justice at large. These additional costs totaled $12,928,000, though the DOJ says it was not legally required to report them, and that they are approximate to what the DOJ would have spent elsewhere if the Special Counsel’s Office didn’t exist.

Mueller’s office has not yet filed an expense report for the last six months of his investigation, but including the DOJ’s contributions, the total reported cost so far is $25.2 million.

The fourth and final expense report has not yet been released, though it is likely that it will come out soon. The first three reports totaled approximately $6.8 million, $10 million and $8.5 million, respectively. So the last one, if comparable to the others, would make the final dollar amount of Mueller’s probe between $32 million and $35 million.

Though that is a lot of money, the investigation may have actually paid for itself by uncovering tax evasion and fraud.

Trump’s former campaign chairman, Paul Manafort, was sentenced for obstruction of justice and conspiracy in September. Manafort, as part of his plea deal, agreed to forfeit assets valued around $42 million, including about $22 million in real estate property, according to CNBC, though a Justice Department official told NBC News that the money would not go directly to funding the investigation.

Some Republicans have been critical of the costs of Mueller’s investigation.

“The least we can do is start looking at all the ways he has absolutely blown taxpayer dollars,” Rep. Louie Gohmert told Fox News in June. According to Gohmert, Mueller “has wasted money right and left.”

Republicans repeatedly brought up the cost of the investigation during a July 24 hearing before the House Judiciary Committee. 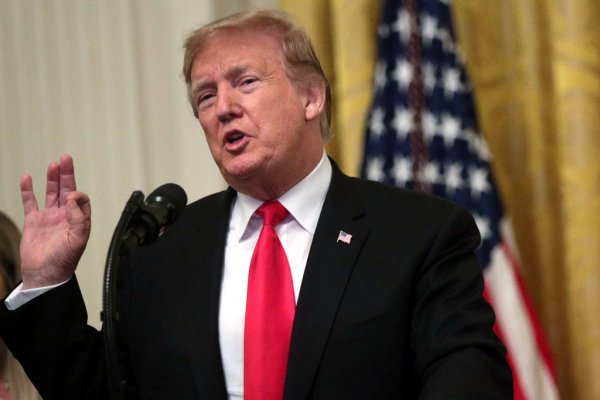 Trump Still Faces More Than a Dozen Investigations
Next Up: Editor's Pick