Of all the creatures on Earth, none are quite so happy about the first day of spring as this American bison doing a happy dance.

The latest animal to capture hearts and minds busted some killer moves on an open prairie, rolling around on the ground, and executing a flawless, free-form performance for her debut in a video that the North Carolina Zoo shared Wednesday. It had racked up 217,000 views as of Thursday. All in a day’s dance.

The dancing bison is known as Calf, zoo spokesperson Debbie Foster Fuchs, a.k.a. representative for the internet celebrity, told the Charlotte Observer.

Clocking in at 800 pounds, Calf is light on her hooves and clearly knows how to have a good time, as the 48-second clip shows.

Watch the American bison getting her groove on in the full video. She is the true mascot of the 2019 vernal equinox.

Calf might dance by herself, but she runs with a crew. Her zoo has four American bison, and they’re all females between 10 and 20 years old. So there’s plenty of woman-power at this location.

Female bison tend to live in large herds with their offspring while the males typically ride solo. Although quite large mammals, the American bison can run as fast as 40 miles per hour, according to the North Carolina Zoo’s website.

As for the rest of the squad, Calf rolls deep with Lucy, Libby, and Nohorn, so named because she’s got no horns.

The happy dance isn’t the first time the local zoo’s bison clique has enjoyed a moment in the spotlight. Lucy racked up 2,100 views last August when she took part in Drake’s “kiKi” dance challenge. 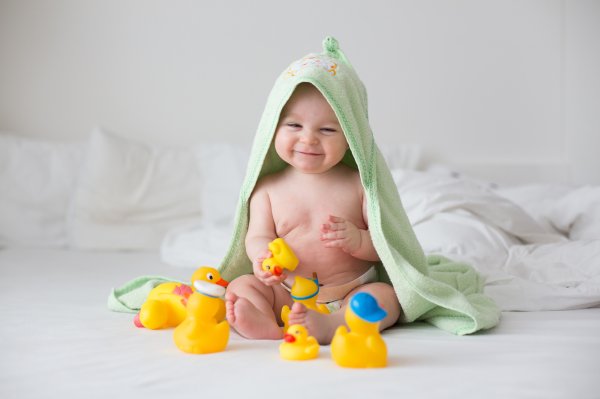 A Handy Guide to the Bizarre 'I'm Baby' Meme That's All Over the Internet
Next Up: Editor's Pick