Kids have no filter — even around visiting royals. On Tuesday, Prince Harry dropped by a school in the U.K. while participating in a tree planting project, but one child was convinced the Duke of Sussex was just a stand-in for the “real” thing, as he told the royal himself to his face.

“When is the real Prince Harry coming?” the student reportedly asked the famous prince.

“I’m the real Harry. I’ve just had my hair cut for the occasion,” Harry reportedly responded, taking the impostor accusation in good-humored stride.

The exchange took place at St. Vincent’s Catholic Primary School in Acton, which is east of London. Harry was supporting a Queen’s Commonwealth Canopy project there, one of the royal family’s charitable initiatives that involves nurturing the growth of environmental projects around the Commonwealth.

Prince Harry doesn’t have kids of his own yet, but that’s about to change soon; the Duchess of Sussex, Meghan Markle, is due to give birth to their first child sometime soon this spring. In the meantime, Harry has had plenty of practice interacting with children while on their various tours and royal events, spotted getting along with children everywhere from Ireland to their latest venture to Morocco. 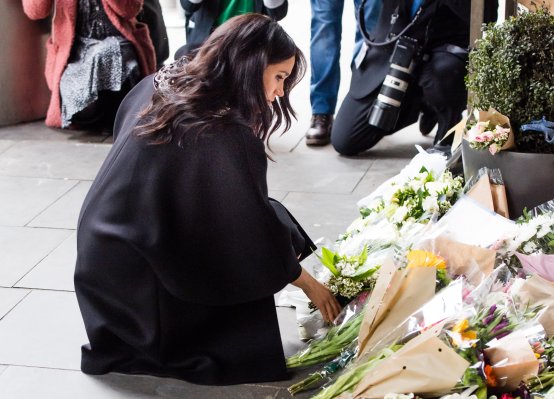