Meghan Markle made a surprise appearance at an event for politically-minded young activists today, when her husband Prince Harry pulled her onstage to greet the crowd.

The unplanned appearance by both the Duke and Duchess of Sussex took place at a WE Day event at the SSE Arena in London. WE Day is charity event that seeks to end child labor and support international development, shining light on the issues by “bringing together A-list celebrities, inspiring speakers and world leaders, mixed with uplifting stories of change from real people.” In addition to Prince Harry, Liam Payne, Naomi Campbell, and Nicole Scherzinger were on the bill

Prince Harry gave a powerful speech, encouraging the young audience to work to change the world. He then quoted Dr. Martin Luther King Jr. saying that, “Darkness cannot drive out darkness; only light can do that. Hate cannot drive out hate; only love can do that.” He added, that it’s a quote that Meghan has often reminded him about, and then encouraged audience to take those words and “shine the light” in their own lives.

To inspire them to do work hard and fight for change, he had a surprise for them. “I’m now going to try and drag my wife on stage,” he told the crowd, and then, being a gentleman, went to help the pregnant Duchess up the stairs.

“Guys, I am with you and we are with you,” he told the crowd, with his arm around Meghan. “Get to work.”

Read the full transcript of Prince Harry’s speech here and find out more about WE Day and its mission on their website. 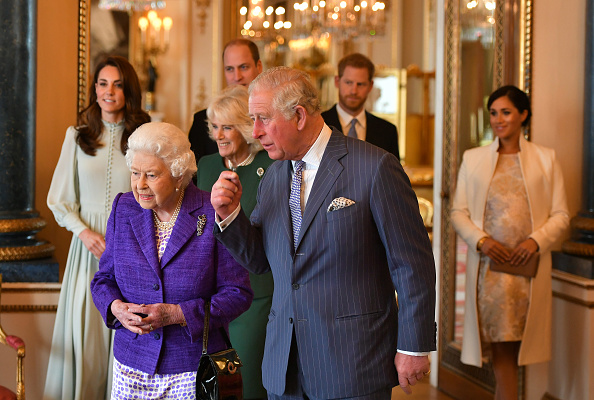 Meghan Markle and Kate Middleton Got Together to Celebrate Prince Charles at Buckingham Palace
Next Up: Editor's Pick