Jimmy Kimmel is calling out President Donald Trump for a since-deleted tweet in which the president boasted that he served over 1,000 “hamberders” to the Clemson University football team.

During Tuesday’s episode of Jimmy Kimmel Live!, the late-night host mocked Trump’s decision to feed the college football national champions fast food during their Monday visit to the White House. He then took aim at the President’s spelling error by airing a clip in which his team quizzed random passerby on the correct spelling of “hamburgers.”

“In fairness to the president, with all he’s got going on, you can’t expect him to know how to spell ‘hamburgers,'” Kimmel said. “It’s a hard word to spell. It’s one of the hardest words to spell there is. In fact, we went out on the street this afternoon to see if we could find anyone who could spell it.”

The results were pretty much as expected, with nearly all of the participants shown in the video easily completing the task. However, there was one woman who struggled with the word before settling with spelling “hotdog” instead. 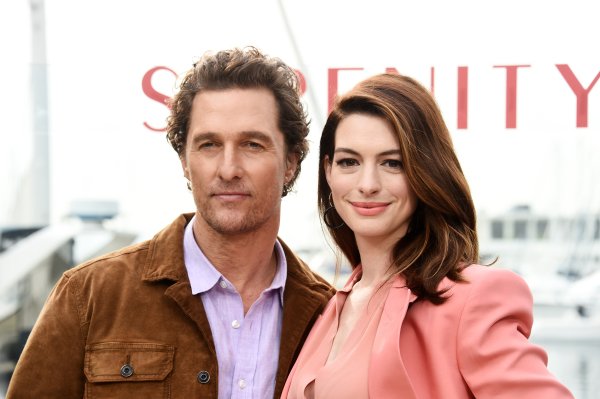 Allow Anne Hathaway to Teach You the Masterclass on How to Do a Matthew McConaughey Impression
Next Up: Editor's Pick