The Moment That Lupita Nyong’o and Michael B. Jordan Got 'Caught' Kissing in Golden Globes Photobooth

Michael B Jordan, Lupita Nyong’o, and Danai Gurira may not have won Golden Globes, but they definitely won at the award show’s photo booth. The Black Panther co-stars teamed up for a short film that was filled with romance, intrigue, suspense, and laughter all set in an elevator and shared on Instagram.

In the very short movie, Jordan and Lupita Nyong’o embarked on a faux romance in a photo booth at what People reports was the InStyle & Warner Bros. Golden Globes afterparty. The two actors staged a quick smooch session that was interrupted by the arrival of Gurira.

While it looks like Jordan is about to be busted with his arms around Nyong’o. Then things get interesting. Gurira steps into the elevator and pushes the Creed star aside, and goes in for a dip and a kiss with Nyong’o as the doors close.

Both Jordan and Nyong’o shared the clip on Instagram, with Nyong’o captioning the film, “When the cat’s away…” and Jordan writing, “And I’m still KING,” with the crown and crying-laughing emojis.

The real question is: Can Instagram movies be nominated for Golden Globes? If so, expect this short film to dominate the 2020 Golden Globes award show. 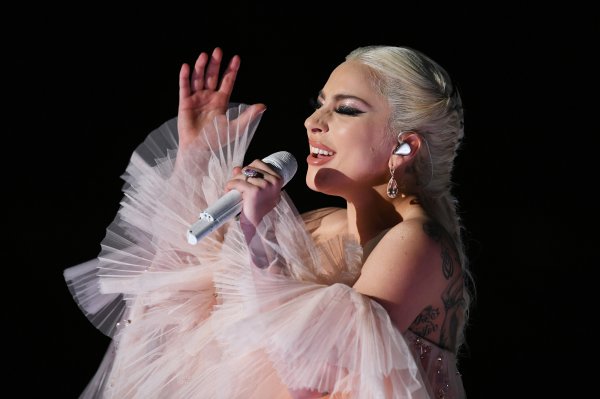 Billboard Pops Up to Make a Point About Awards Season That Could Not Be More Clear
Next Up: Editor's Pick