Everything You Need to Know About the 2019 Golden Globes

The 76th annual Golden Globes unofficially kick off a season of scrutinizing red carpet looks and arguing over which TV shows, movies and performances most deserve to be celebrated.

This awards season, audiences can spar over the merits of A Star Is Born and Vice, two films that racked up multiple 2019 Golden Globes nominations (though they won’t compete in the same Best Picture category, as one is up for Best Drama and the other for Best Comedy or Musical). On the television side, The Marvelous Mrs. Maisel nabbed a couple nominations, following up on its Emmy’s sweep last year, while The Assassination of Gianni Versace: American Crime Story, Sharp Objects and Barry also earned multiple nods.

You can see all the nominees for the 2019 Golden Globes here and read on for everything else you need to know about this year’s awards ceremony.

When are the Golden Globes?

The 2019 Golden Globes will air live on Jan. 6, 2019 at 8 p.m. ET/5 p.m. PST. The awards ceremony will be held at the Beverly Hilton Hotel with red carpet coverage starting before the show kicks off.

How can I watch the Golden Globes?

The Golden Globes will air on NBC starting at 8 p.m. ET/5 p.m. PST. Don’t have cable? An indoor antenna, if accessible, should pick up the broadcast network, allowing you to catch the 2019 Golden Globes live. Streaming services and devices such as Sling TV, Hulu Live TV, YouTube TV and others may also offer local channels like NBC, though each one has different requirements regarding accounts or payment. Failing those options, pair up with a friend who has a cable account and log into the NBC app or NBC.com to watch the show.

Sandra Oh and Andy Samberg will host the 2019 Golden Globes. Oh is also up for a Golden Globe award, for her starring role in the critically acclaimed series Killing Eve. The pair previously presented an award at the 2018 Emmy Awards, where they poked fun at the Best Picture mix-up that took place at the 89th Academy Awards.

Who are the 2019 Golden Globes nominees?

Adam McKay’s Dick Cheney film Vice leads the movie side with six nominations, followed by Green Book, The Favourite and A Star Is Born, which each scooped up five nominations. Mary Poppins, BlacKkKlansman and If Beale Street Could Talk are also up for awards, among other films. On the TV side, Sharp Objects, The Americans, Killing Eve and Pose all received multiple nods.

Though some nominations were unexpected, including those for John C. Reilly (Stan & Ollie) and Lucas Hedges (Boy Erased), the 2019 Golden Globes nominations also included some snubs. Movies like First Man, Widows and A Quiet Place failed to register in major categories (if at all), as did the critically acclaimed shows Atlanta and Patrick Melrose and the popular series This Is Us.

Who votes on the Golden Globes?

Each year, the members of the Hollywood Foreign Press Association vote for the winners of the Golden Globes. The organization has been around for almost 76 years and includes members from about 55 countries.

Who’s expected to win at the Golden Globes?

Bradley Cooper’s A Star Is Born, which has earned about $376 million worldwide, has earned five nominations and is likely to win multiple awards (it’s the current odds-on favorite at Gold Derby, which predicts award winners). Sandra Oh, who is co-hosting the 2019 Golden Globes, is also up for a nomination, for best actress in a TV drama in the series Killing Eve. A win for Oh would be a noteworthy achievement for actors of Asian descent in Hollywood, as the category has not seen a winner of Asian descent since Yoko Shimada won for Shogun in 1980.

The Americans’ Matthew Rhys is the frontrunner for best actor in a TV drama, while The Marvelous Mrs. Maisel star Rachel Brosnahan is likely to take home the award for best actress in a TV comedy. (Both Rhys and Brosnahan won Emmys last September for their performances.)

Which celebrities will present at the Golden Globes?

The HFPA announced Wednesday that Jessica Chastain and Sam Rockwell will present awards at the 2019 Golden Globes. Rockwell, who won a Golden Globe in 2018 for his role in Three Billboards Outside Ebbing, Missouri, is up again for his depiction of George W. Bush in Vice. Chastain took home a Golden Globe in 2013 for her role in Zero Dark Thirty.

Jeff Bridges will be honored with the Golden Globes’ lifetime achievement award at the 76th Golden Globes ceremony. The star of films including The Big Lebowski, True Grit and Crazy Heart, Bridges will join a group of renowned actors when he accepts the Cecil B. deMille Award on Jan. 6. Previous winners include Audrey Hepburn, Robert De Niro, Harrison Ford and Robin Williams. Last year, Oprah Winfrey was honored at the Golden Globes and gave a powerful speech that honored the women who have come forward to share their experiences of sexual assault and harassment throughout the #MeToo movement.

The HFPA is also giving a lifetime achievement award for television for the first time in 2019. The first honoree will be comedy legend Carol Burnett, a five-time Golden Globe winner and the first woman to host a variety sketch show, The Carol Burnett Show.

How will this year’s Golden Globes be different from last year?

The 2019 Golden Globes arrive as Hollywood and the nation at large continue to reckon with the impact of the #MeToo movement. In 2018, after a number of powerful men in Hollywood were revealed to have serially harassed or sexually assaulted their peers and coworkers, many women wore black on the Golden Globes red carpet to protest sexism in the industry, and several men wore #TimesUp pins in support of the movement to fight harassment. Several actresses also brought activists as their dates on the red carpet. As the #MeToo movement continues to unfold, it’s not immediately clear what tone the 2019 Golden Globes red carpet and ceremony will take. Though there has been no talk of a mass demonstration as with last year’s black dresses, audiences can expect red carpet interviews and the opening monologue to address the issues that continue to face Hollywood and other industries. 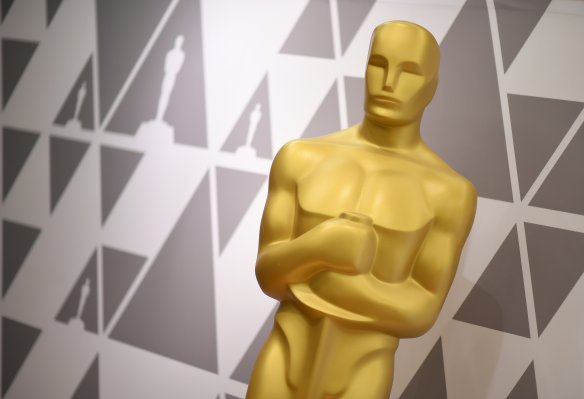 The Internet Has a Lot of Ideas About Who Deserves to Host the 2019 Oscars
Next Up: Editor's Pick