Meghan Markle and Prince Harry Are Moving Out of Kensington Palace

The Duke and Duchess of Sussex are getting a new home address. Over the weekend, Kensington Palace confirmed that Meghan Markle and Prince Harry will be relocating early next year from their current digs at the London palace to Frogmore Cottage on the grounds of the Frogmore Estate in Windsor.

The royal couple is already well-acquainted with the estate: their May wedding reception was held at the Frogmore House on the same property, and their engagement photos were also snapped there. The move means that Markle and Prince Harry will be leaving Nottingham Cottage, where they’ve been camped out since their engagement, for the more pastoral Frogmore, which is located about 20 miles outside of London. Meanwhile, Prince William and Kate Middleton will continue living at Kensington Palace with Prince George, Princess Charlotte and Prince Louis.

“Windsor is a very special place for Their Royal Highnesses and they are grateful that their official residence will be on the estate,” the palace shared in a statement. “The Duke and Duchess’s official office will continue to be based at Kensington Palace.”

As the Telegraph notes, the 10-bedroom Frogmore Cottage previously housed royal staff. A refurbishment is in the works to transform it into a modern home for the Duke, Duchess and the baby they are expecting next Spring.

The estate’s neighboring Frogmore House was built in in the 1680s and serves as the final resting place for most royals of the last century, including Queen Victoria and Prince Albert. Set in 35 acres of extensive gardens, the house’s name reportedly stems from the high number of frogs in the area.

The estate was first purchased for royal use by Queen Charlotte in 1790, and has housed many royals—it’s also been a preferred retreat for Prince Harry’s family.

Markle and Harry are recently back from an extensive tour of Australia, New Zealand, Fiji and Tonga. Their inaugural overseas trip came just after they announced that they are expecting their first child in the Spring of 2019. 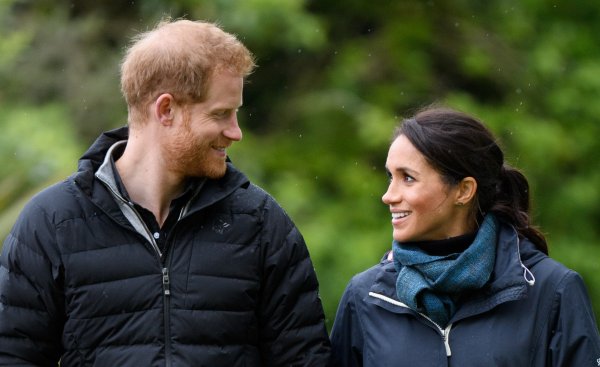 What to Know About Meghan Markle and Prince Harry's Baby
Next Up: Editor's Pick