Woman Takes Over a Subway for Her Birthday Party and Yes, There Was Lobster and a Piñata

No dinner reservation available for a birthday? No problem — as long as an open New York City subway car was on hand as backup.

Photographer Amber Asaly celebrated a memorable 26th birthday this week when she and her friends set up a full dinner party on board the JMZ line of the New York City subway, complete with shell-on lobsters, bottles of white wine, “Happy Birthday” decorations and even a piñata, as her Instagram and videos can attest.

“RESERVATIONS FELL THRU FAMILY CAME THRU. BEST BIRTHDAY EVER [sic],” she wrote on social media.

According to local news reports, Asaly and her squad of birthday partiers, organized by an event-planning cousin, boarded at the J train’s Myrtle-Broadway stop in Brooklyn, assembling their table, food and decorations at the end of one of the subway’s cars. (There were even pillows to add a little coziness to the car’s hard benches.) They proceeded to party all the way into Manhattan — and back out to Brooklyn — before breaking down their dinner setup and cleaning up after themselves before hopping off the train.

Most New Yorkers may associate the subway these days with pizza rats and train delays, but pop-ups like this one prove there’s still some allure remaining to the city’s public transit system. Still, here’s hoping that subway partiers stick to off-hours for their celebrations; there’s plenty of congestion on the trains already as it is. 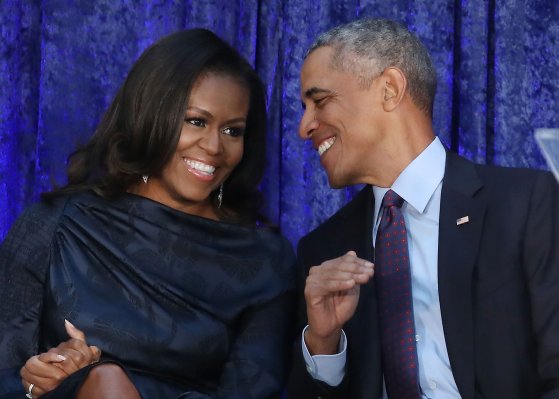 Michelle Obama Says She and Barack Sought Marriage Counseling When They Needed It
Next Up: Editor's Pick