Meghan Markle is winding down her royal tour of Australia, Fiji, Tonga and New Zealand with Prince Harry on a winning note. During a Tuesday game of “welly wanging” or “wellie wanging” — which involves tossing a rubber rain boot (or Wellington boot) as far as you can — the Duchess of Sussex was victorious over her husband’s attempt at the local activity, earning her a boot-shaped trophy and a prize in the form of a pair of baby-sized rain boots, which might come in handy for their future child.

The competition went down at Auckland’s North Shore, where the Duke and Duchess dropped by to help dedicate a plot of native land to the Queen’s Commonwealth Canopy, an environmental preservation initiative that they’ve been supporting regularly during their 16-day autumn tour Down Under. They were joined by children from the nearby Pinehill School in what local news called the “kiwi backyard classic” game. Markle’s shot landed her first place at the competition, besting her husband’s attempt by about three feet.

The royal couple also got their hands dirty with some gardening, digging in to plant a native Kōwhai tree. (It’s one of the flowers that famously appeared in the embroidery of Markle’s wedding veil in a nod to each of the Commonwealth nations.) Just another day on the road of the royal tour, which is now nearing its conclusion. 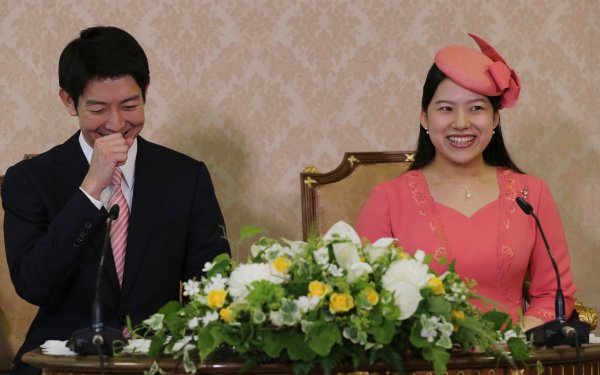 Japanese Princess Gives Up Royal Title to Follow Her Heart
Next Up: Editor's Pick