When it comes to a Halloween costume, no one can compete with Beyoncé.

One only needs look so far as last year, when Queen Bey channeled the original Queen Bee, Lil’ Kim with not only one but five of the female rapper’s most iconic looks. Suffice it to say, Queen Bey reigns supreme on this spooky holiday and Halloween 2018 is no exception.

Beyoncé brought the heat in a leather jacket, white tank top, and gold chain-belted high-waisted denim, which she paired with a dark brown pixie-style wig to transform into soulful R&B legend, Toni Braxton as she appeared on her eponymous 1993 album. To finish off the look, Beyoncé accessorized with a red lip and gold jewelry. The Lemonade singer showed off her clever costume in a trio of Instagram posts that riffed on the graphics of Braxton’s album, including the design of the album’s first single, “Another Sad Love Song.”

She dressed as superstar sprinter Florence Griffith Joyner, a.k.a. Flo-Jo, while Jay Z appeared to pay tribute to track and field wonder, Tommie Smith, number 307 and his historic political moment.

See Beyoncé’s 2018 Halloween costumes, and take a look back at her best looks from past years below. 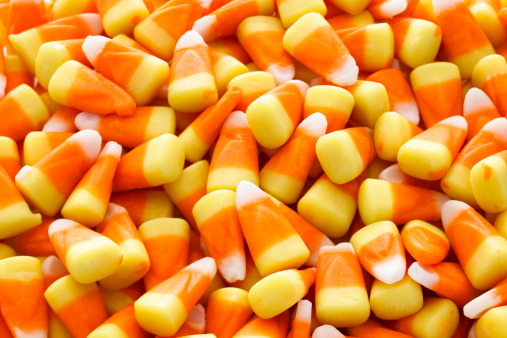 People Have Really Strong Opinions About Whether Candy Corn Is Gross or Not
Next Up: Editor's Pick