I Was a Sex-Crimes Prosecutor. Here’s Why ‘He Said, She Said’ Is a Myth

Ideas
By Allison Leotta
Leotta served as an Assistant U.S. Attorney in Washington D.C., where she specialized in prosecuting sex crimes; she now writes crime novels.

Americans have been told a dangerous myth. It is an old but enduring one, which gives its beneficiaries unwarranted power — and in many instances, is demonstrably false. The myth is that allegations of rape and sexual assault are often simply a matter of “he said, she said”; that when a woman accuses a man of a sexual assault and the man denies it, there is no way to discern the truth and the justice system is impotent. But so-called “he said, she said” cases can almost always reveal much more — if they are properly investigated.

Like many myths, the legend of “he said, she said” originated centuries ago. Under old English law, rape prosecutions could not be brought unless every material element of the victim’s story was corroborated by another witness or evidence. Because sexual assaults don’t usually happen in crowded pubs, this rule effectively barred many cases. Victims of any other type of crime — muggings, robberies, physical assaults — could provide the sole testimony at trial. Rape victims were uniquely excluded from the criminal justice system.

This exception was steeped in misogyny. The judges creating the law were all men; rape victims were overwhelmingly women. Women had lower status in that society, and rape claims were one of the few instances where a woman’s word might legally diminish a man’s authority. The institutionalized skepticism of female testimony was based on a medieval male fear of losing power.

When Arizona prosecutor Rachel Mitchell wrote in a memo after questioning Dr. Christine Blasey Ford at the Brett Kavanaugh hearing that a “‘he said she said’ case is incredibly difficult to prove,” she neglected to mention that a sex-crimes prosecutor’s very job is to go beyond the parties’ contradictory statements to find evidence suggesting whether “he” or “she” is telling the truth.

Although corroboration is no longer a requirement in sex-assault prosecutions, it is valuable in every type of criminal case. Corroboration comes in many forms. Today, we use DNA whenever we can, but for a variety of reasons, survivors often delay reporting sex assaults (if they ever report at all, though, most never do) and DNA is often unavailable. So we look to less technical, but equally important evidence, such as eyewitnesses at the bar or party in question. We pull video surveillance, doctors’ reports, text messages, phone calls, social media posts, memoirs, calendars and yearbooks. Such evidence can substantiate — or refute — an alleged attack, even if no eyewitnesses saw the attack itself.

There may also be evidence that doesn’t directly prove what happened that day but may support or undermine the credibility of witnesses. We examine any motive to lie, such as divorce and custody proceedings, financial interests, romantic revenge or career prospects. We listen to testimony, noting when a witness is direct and helpful versus belligerent and evasive.

And we know that many sex offenders are recidivists. For example, according to a 2002 study, 90% of assaults on college campuses are committed by 6% of the males, with each assailant committing an average of five to six assaults. If a boy did it once, he probably did it again. So we search for additional victims of the same assailant.

What’s striking about the Kavanaugh case is that the evidence we saw at the hearing was more significant than what is presented in many criminal trials where a guilty verdict is returned. Dr. Ford’s credible testimony, her statements making this accusation years earlier, and her lack of motive to lie, especially compared to the incentives for her to stay silent, would be legally sufficient to sustain a criminal conviction for attempted rape. And that does not even consider the substantiating evidence provided by Kavanaugh’s friend Mark Judge’s autobiographical novel, Kavanaugh’s own crude yearbook statements and his evasiveness during questioning. If this were a mugging, we might just say “case closed.”

But the real shame about Mitchell terming this a “he said she said” case is that here, there are dozens of potential witnesses like Mark Judge who were not called to testify. Mitchell and the Senate Judiciary Committee took lawyers’ letters instead — hearsay statements that would never be allowed in Judge Kavanaugh’s courtroom or in any American trial, including one brought by Mitchell herself. Furthermore, under Federal Rule of Evidence 404(b), in a criminal trial, we would hear the testimony of the other two accusers in order to consider Kavanaugh’s intent, motive, and lack of mistake in his interactions with Ford. Hopefully the current FBI investigation will help remedy this. But if we are forced to endure the concept of “he said, she said,” we must at the very least look at the other two she’s.

At the core of the “he said, she said” myth is the idea that “ladies lie.” But studies show that rape claims are false at exactly the same rate as claims of any other crime, about 2–6% of the time. You’re just as likely to be falsely accused of mugging someone as raping them.

Either way, there are methods of discerning the truth in a court of law. We need to understand that when two people tell different stories — whether about a sex crime or an armed robbery — we can use common sense, reasoning and investigation to figure out what happened.

Meanwhile, we need to start treating sex crime victims’ testimony the same way as the victims of every other crime. And most importantly, we need to reject the myth, spawned 500 years ago in a medieval man’s world, that women cannot be trusted at their word. 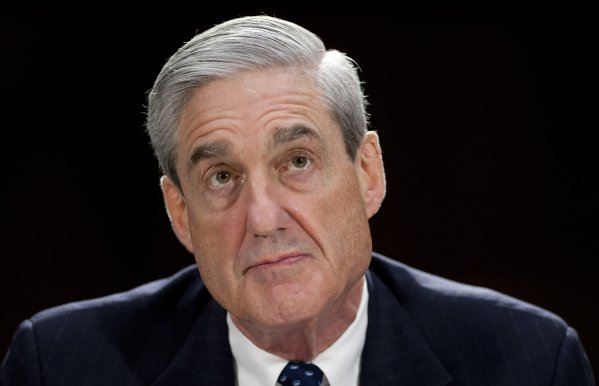 Why Trump Couldn’t Really Stop the Mueller Investigation—Even if He Fired Rosenstein
Next Up: Editor's Pick