When Nataly Stein’s son, Campbell Young was born, the doctors told her that he had a rare condition that would make it nearly impossible to eat common foods. (“Like a pretzel could put him in liver failure,” she told TIME). When she found out that Campbell was merely a carrier for the ailment and he could eat anything a typical one-year old would want to try, she knew exactly where she wanted to take him—Flavortown.

The idea wasn’t completely out of the blue. When Campbell was born, Stein was goofing around with her newborn and snapped a photo of him in her sunglasses with his hair spiked up with sunblock. “We were looking at him and thought, this kid looks just like Guy Fieri,” she says in a phone interview. Over-the-top first birthday parties are a bit of a family tradition, too. When her older son turned one, it was mid-presidential election cycle, so she dressed him up as all the candidates and took photos of him. “Torturing a baby on their first birthday is just payback for everything they’ve done,” she says, laughing. Stein was willing to go over-the-top for her kid’s birthdays because the party doubled as a fun get-together for her staff with around 150 people joining the trip to Flavortown.

It took Stein about a month to plan the shindig, thanks to her determination and years spent working as a party planner before she opened her three bakeries in Southern California.

While Stein hasn’t really watched Guy Fieri’s shows, she knew generally what he touched on and wanted the food to reflect his frequent trips to diners, drive-ins, and dives. There was a slider station, a mac and cheese array, Guy Fieri-themed cookies, and a nacho bar, but it was the milkshake bar with toppings like lollipops, gummy eggs, cookies, and ribbon candy that she deemed the biggest hit. “It was Flavortown to the extreme,” she said. “I was cracking up.” The other stand out was the ranch dressing fountain that came from “the bizarre gift shop” of the Hidden Valley Ranch website, where people could dip vegetables or chicken wings into the flowing white dressing.

Since it was a birthday party, the cakes were particularly important and Stein knew exactly what she wanted for Campbell. “He’s going to be the Mayor of Flavortown, sitting in a town of food. That’s how the food became life-sized,” she said.

The result of the middle of the night stroke of genius and her staff was a series of cakes shaped like giant food, including a stack of pancakes, a giant hamburger, nachos, and a slice of pizza being dipped into a pool of ranch dressing. After all that, Stein still came up with a unique smash cake idea for Campbell to dive into—a cake masquerading as a giant piece of Swiss cheese. 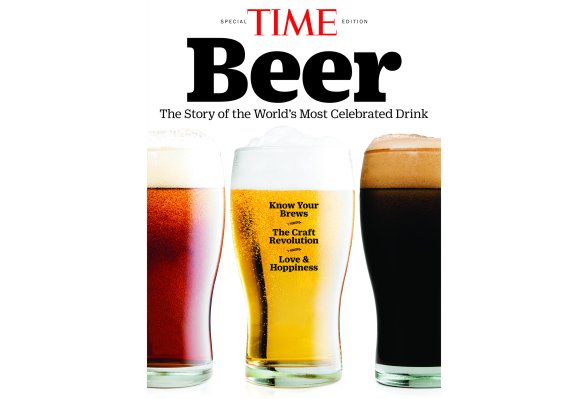 Why Beer Is the World’s Most Beloved Drink
Next Up: Editor's Pick