Honesty Isn't Always the Best Policy in Relationships. Here's When Experts Say It Might Be Better to Lie

You were probably taught to never lie: Your parents likely preached the power of the truth. Your partner told you honesty matters most.

But researchers say there is a lot we get wrong about deception, truth-telling and trust—and that, if mastered, lying the right way can actually help build connections, trust and businesses. “I believe that we should be teaching our kids, students and employees when and how to lie,” says Maurice Schweitzer, a professor at the Wharton School at the University of Pennsylvania, who studies deception and trust.

You’re more likely to be lied to (and told to lie) than you even realize, too—think of scenarios like your mom reminding you to tell your grandmother you enjoyed her meal, or you giving feedback to a co-worker that doesn’t capture the whole truth.

Still, the art of deception is more nuanced than you might think. Here, five scenarios where fibbing might be the best course of action, according to experts.

If you have someone’s best interests at heart

There are classic examples of lying being detrimental, and the most damaging kinds of lies tend to be those that promote your own self-interests at the expense of others.

But “prosocial” lies—fibs intended to benefit others—can actually build trust between people, according to research.

“People’s primary interest, at least when they receive information and build trust is in benevolence,” says Emma E. Levine, an assistant professor of behavioral science at The University of Chicago Booth School of Business, who studies honesty and trust. “People care about whether you have good intentions a lot more than whether the person is being honest per se.”

Just remember: Lies are most beneficial when they’re not selfish. If you tell your partner he or she looks great before a date to boost his or her self-esteem, that’s one thing, Schweitzer says. But saying it just to get your loved one out the door because you’re already late, he says, is where your motive can veer into selfish territory.

If there’s no time to change

Say your partner asks you how he or she looks right before walking on stage for a speaking event, or enquires about what you think of the speech just prior to reaching the podium. Even if you notice a stain on his or her outfit, or think the speech could use work, think about whether the person has the time to react to the information and control the situation, says Levine.

If there’s nothing your partner can do to improve or make a change in that moment, you might welcome deception, she says. Lying in this sense is likely seen as benefitting the other person because there’s truly nothing he or she can do in the moment.

Conversely, if your significant other does have the capacity to react to the information, honesty is the better choice, Levine says.

When sharing feedback, honesty is important. And while it’s easy to use “I’m just being honest” as an excuse for “just being mean,” says Schweitzer, brutal honesty isn’t always the most effective way to get your message across.

Instead of telling a low-performing employee that he’s performing terribly, consider saying something like, “You’ve had a rocky start, but everyone struggles at the beginning,” then segueing into constructive criticism, says Schweitzer. Your feedback will likely be received better which in turn will benefit your business in the long run.

Right before a special occasion

An example: You hear your friend’s company is expecting layoffs right before she leaves for her wedding. Should you tell her?

“In these situations, people tend to appreciate withholding the truth until later,” says Levine.

It comes back to the idea of control—if your friend is about to leave for her wedding or honeymoon, she won’t be in a position to preemptively explore other job opportunities. And while every situation is different, consider asking yourself whether honesty in a situation like this would truly benefit the other person—or simply be a distraction, according to Levine.

If you’re not close with the person

Mild and well-intentioned deception can be even more beneficial in distant relationships, says Levine. “In more competitive relationships or first interactions, honesty is a lot more precarious, can damage relationships and reduce trust,” she says. That’s because both parties are less familiar with the other person’s true intentions and they each might wonder, is this person trying to undermine me?

Still, if you’re inclined to give honest feedback to a more distant acquaintance or a friend of a friend, Levine suggests providing the truth coupled with benevolence—something along the lines of, I really want you to do well, so I’m giving you this criticism.

Close relationships, on the other hand, can give way to more of an appreciation for honesty, she says, and confessing to friends is likely not as bad as you think. “We systematically overestimate how uncomfortable truth-telling will be,” Levine says. 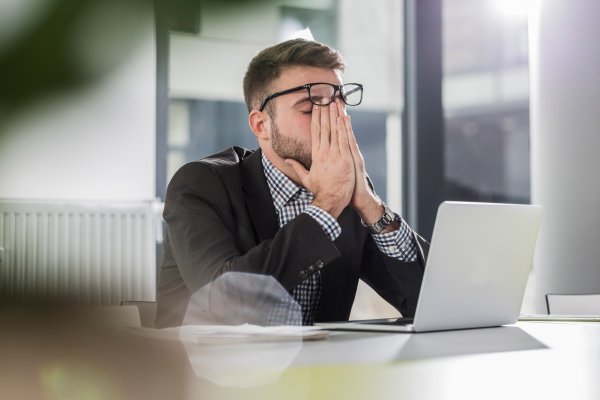 6 Expert-Backed Ways To Manage Your Stress
Next Up: Editor's Pick