There’s no doubt that J.K. Rowling is a talented writer, but when she’s not putting new Harry Potter adventures on paper, she is skewering President Donald Trump.

Her latest work came after Trump issued a tweet after reports revealed that White House counsel Don McGahn has been cooperating with special counsel Robert Mueller’s ongoing investigation. In his tweet, Trump called the report “Fake News,” adding that “some members of the media… actually called to complain and apologize.”

Rowling was less concerned with the content of the tweet than with the language and cadence Trump used in making his argument. To point out what she seems to believe is Trump’s linguistic immaturity, Rowling drafted her own tweet in response, mimicking his spelling and style, resulting in a sort of editorial takedown:

“I do’nt care what Kids at School call me because they are all Disgusting Fake Losers,” Rowling tweeted. “My Real Friends go to a diffrent Scool you haven’t heard of and they think Im the Coolest and Smartest and we go to parties and I don’t have to tell you there Names for this to be True.”

This isn’t the first time (and probably won’t be the last) that Rowling has called out Trump on Twitter. 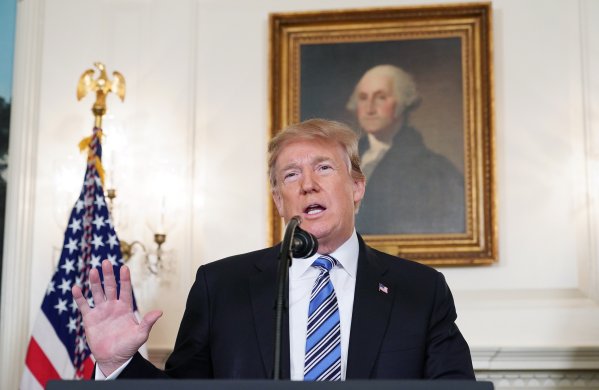 George Washington’s Legacy Shows We Should Expect More From President Trump
Next Up: Editor's Pick