Kit Harington, to some best known as Jon Snow, has a lot to look forward to right now: he recently married his former Game of Thrones costar Rose Leslie, and now that the blockbuster HBO series comes to an end, he’s bound to be in demand as an actor now that his schedule has cleared out.

But endings are bittersweet, as Harington is currently experiencing. In a new interview with BBC Radio 2 alongside fellow actor and Lovesick star Johnny Flynn, Harington reflected on the final days of his Thrones journey, calling himself “quite emotional” as the series comes to a close.

“I actually just wrapped on Thursday last week,” explained. “It’s been this amazing journey, and I kind of said to them in my wrap speech that it’s always been more than a job. It’s like they were a family and it was my life.” He added: “I’ve loved every minute. I’ve been quite emotional the last week, thinking about having ended, having finished it.” Game of Thrones debuted on HBO back in 2011, and has since become a global phenomenon. Its final, much-hyped season is scheduled to come out some time in 2019.

Harington was on the radio show to promote his upcoming turn in the Sam Shepard stage play True West alongside Flynn, premiering on London’s West End this winter. 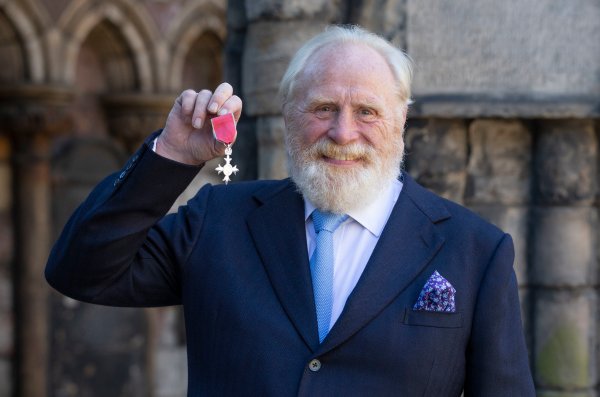 A 'Game of Thrones' Actor Just Received a Real Royal Honor
Next Up: Editor's Pick