Ryan Reynolds and Blake Lively are Trolling Each Other Again

Blake Lively and Ryan Reynolds are at it again, brutally trolling each on Twitter. This is not new for the couple, who have been married since 2012, and publicly teasing each other online for years. In the past, Lively has ribbed Reynolds that she loves him “most of the time”, using the Deadpool 2 premiere to tout how proud she is of her DIY hair styling, and shared photos of Ryan Gosling that cropped out Reynolds. Ryan has his fun too with his hilariously viral tweets and plans to ditch Lively if Steve Martin comes calling.

The trolling really got going after the debut of the trailer for Lively’s new film A Simple Favor, in which she plays Emily, a seemingly innocent woman who disappears from a small town, which sparks an investigation by her friend, played by Anna Kendrick. The film’s tagline asks, what happened to Emily?— and Reynolds wants to know, too.

“You can tell me. We’re married. You once drove me to the hospital when you were giving birth,” his tweet began.

Lively, though, wasn’t going to spoil the film—or her husband.

“Oh darling, of all the secrets I’m keeping from you, this should be the LEAST of your concerns…trust me.”

Guess Reynolds will have to wait to see the film like everyone else. 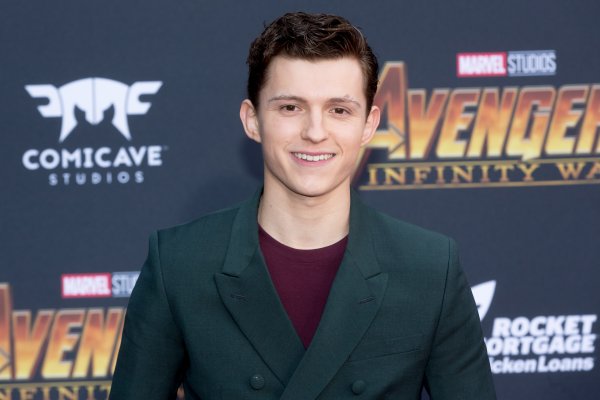 A Tom Holland Superfan Did the Best Copycat Photo Shoot
Next Up: Editor's Pick