Harvey Weinstein Could Face Even More Charges. Here Are All the Investigations Looking Into Sexual Assault Allegations

Harvey Weinstein turned himself in for arrest in New York on Friday on charges of rape, criminal sex act, sex abuse and sexual misconduct in cases involving two women.

An attorney for Weinstein, who has always denied allegations of “any allegations of non-consensual sex,” said on Friday that Weinstein would plead not guilty to all charges filed by Manhattan District Attorney Cyrus Vance Jr. The charges come after a months-long investigation by the New York Police Department, which was launched after the New York Times and the New Yorker reported in October that dozens of women had accused the Hollywood mogul of sexual harassment and assault.

The allegations against Weinstein sparked the #MeToo movement and a nationwide discussion about sexual assault and harassment, compelling women and men to come forward with their own accusations against other prominent figures.

These are the first criminal charges against Weinstein, who has also been the subject of several civil suits. In October 2015, Vance Jr. declined to press charges after an investigation into whether Weinstein groped Italian model Ambra Battilana.

Some said Friday that it was remarkable to see Weinstein face charges. Asia Argento, who said Weinstein sexually assaulted her, said on Friday: “We, the women, finally have real hope for justice.”

The New York charges are the first against Weinstein, even though several other cities opened up investigations into the producer in the wake of the reporting on the allegations.

Here are the other probes:

The investigation is being run by the U.S. District Attorney’s Office in the Southern District of New York. Weinstein’s attorney, Benjamin Brafman, told the Journal that he met with federal prosecutors to attempt “to dissuade them from proceeding.” According to the Journal, federal prosecutors had already been looking into Weinstein for potential fraud.

No charges have been filed against Weinstein in Los Angeles as of Friday. The Los Angeles Country District Attorney’s office did not immediately respond to TIME’s request for comment.

London’s Metropolitan Police confirmed in February 2018 that it was investigating Weinstein after 10 women came forward with sexual assault allegations, according to the Associated Press.

No charges have been filed against Weinstein in London as of Friday. The London Metropolitan Police did not immediately respond to TIME’s request for comment. 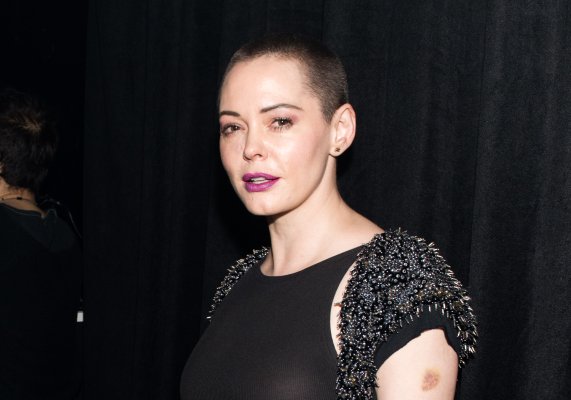 'We Got You.' Rose McGowan Speaks Out After Harvey Weinstein's Arrest
Next Up: Editor's Pick