The most iconic of celebrities get invited to fashion’s biggest night, The Met Gala, which kicked off in New York City on Monday night.

From Rihanna to Donatella Versace, fashionistas show off their wildest costumes in line with the night’s theme, which this year is Heavenly Bodies: Fashion and the Catholic Imagination.

So when 2012 Republican nominee for President Mitt Romney rolled up on the red carpet, some observers reacted with confusion. The former Governor of Massachusetts, who is currently running for a Utah senator seat, arrived with his wife, Ann Romney.

He’s not the first politician to attend fashion’s biggest event, but he was unexpected. So unexpected that people took to Twitter to call it the most surprising sighting of the night.

Romney is favored to replace long-serving Sen. Orrin Hatch in November and recently said he was ready to continue campaigning hard, according to the Associated Press. 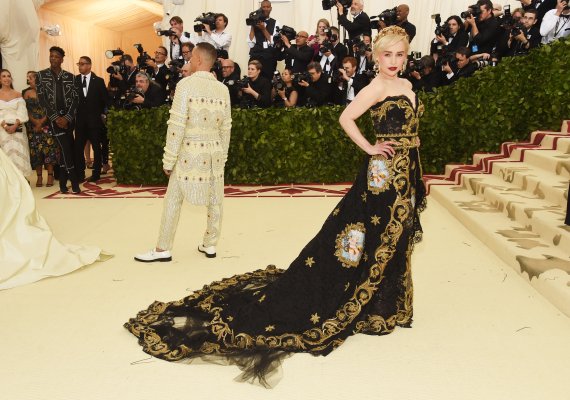 Daenerys Targaryen Blazed Through the 2018 Met Gala Like the Dragon Queen She Is
Next Up: Editor's Pick