May the Fourth might not be until Friday, but thanks to Donald Glover, Star Wars fans have an early reason to celebrate the galaxy far, far away.

With the release of Solo: A Star Wars Story less than a month away, Lucasfilm dropped a new behind-the-scenes video on Wednesday featuring Glover giving a tour of the Millennium Falcon. The 34-year-old actor—also known as rapper Childish Gambino—will take up the mantle of young Lando Calrissian in the forthcoming spinoff and will presumably be the one piloting the Falcon when the movie begins.

“This ship has probably never looked better than when Lando kind of had it,” Glover quips, hinting at the state of the iconic smuggling vessel in Han’s hands.

He goes on to show off some of the Falcon’s best features, including its full bar, captain’s quarters and, most importantly, cape room.

Solo: A Star Wars Story is set to hit theaters on May 25.

Watch the full tour below. 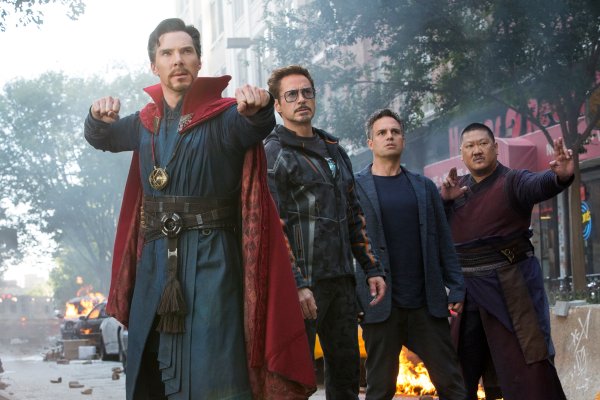 Mark Ruffalo Totally Spoiled the End of Avengers: Infinity War Months Ago
Next Up: Editor's Pick