Quantico star Priyanka Chopra made a major style statement on the red carpet when she showed up in a crimson velvet gown at this year’s annual Met Gala in New York City on Monday night.

The actress’ Ralph Lauren strapless gown was paired with an embellished gold chain mail coif reminiscent of a medieval knight, an emphatic nod to the theme of the night, Heavenly Bodies: Fashion and the Catholic Imagination. She paired the elegant look with a finger waves and a deep red lip.

The dress was a definite departure from the trench coat ensemble with a cathedral train that she wore to last year’s Met Gala (although they were both designed by Lauren) which captured the whimsy of the Internet and inspired countless memes. 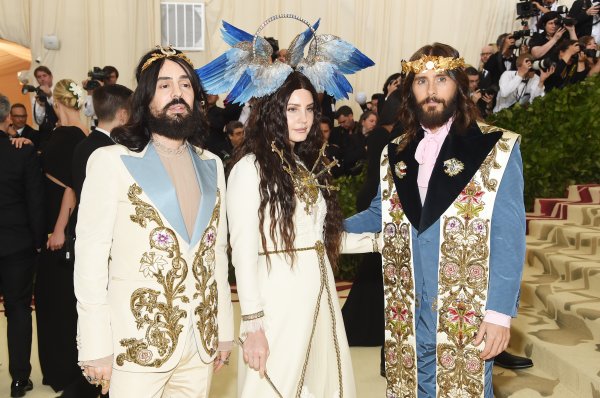