Amal Clooney traded in her barrister robes for a statement making pants and gown combo as she assumed her duties as a co-host of the 2018 Met Gala on Monday night in New York City.

Clooney, attended the night’s festivities in an ensemble that not only featured trouser pants with a sweeping overskirt with a sizable train, but also somehow combined metallic silver and a bold floral pattern in one look. She accessorized the dramatic formalwear with a high ponytail, dangling silver earrings, and the ultimate arm candy, her husband, actor George Clooney. She co-chaired the event alongside Vogue editor-in-chief Anna Wintour, Donatella Versace, and Rihanna.

The international human rights lawyer, who’s been noted for her sophisticated sense of style, opted to wear Richard Quinn for her ensemble that night, the dramatic floral pattern well within the gala’s theme of Heavenly Bodies: Fashion and the Catholic Imagination. 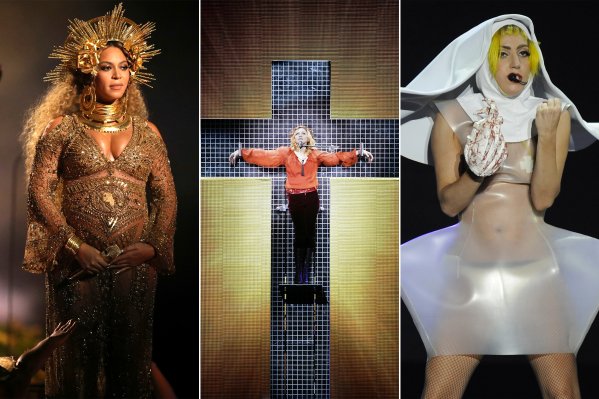