Mia Farrow spoke out about the #MeToo movement while attending the TIME 100 gala on Tuesday, alongside her son, 2018 TIME 100 honoree, Ronan Farrow.

Farrow has been vocal about stopping sexual misconduct, especially following her daughter Dylan Farrow’s allegations that Woody Allen sexually assaulted her as a child. Now she’s talking about the way #MeToo changed our national discourse.

“Well, there’s a lot to be optimistic about in terms of the #MeToo movement and the way men have now been forced to regard women and treat us differently,” Farrow said. “And I’ve spent my whole life, you know, confronting the issues that so many women are standing up for now and we need this to go around the world and also not just celebrities, but people in every…hotel workers and people who work in restaurants and all those people where it’s harder to come forward because you might lose your job. But I’m an optimist anyway. I feel things will get better globally.”

Farrow was just one of numerous women, ranging from Tarana Burke, the founder of the #MeToo movement and entertainer Jennifer Lopez who spoke out about stopping sexual misconduct at the gala.

“Watching everything that’s happening with women, finding their voices, standing up for themselves, all of the groundwork that was laid last year and into this year … the world is changing,” Lopez said. “And it’s changing for our daughters and we are super excited about that.” 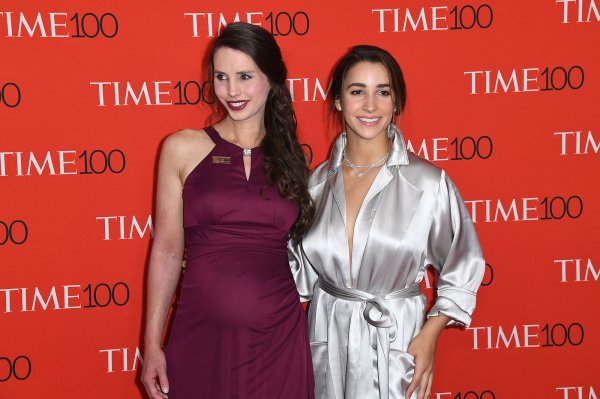 Gymnast Whose Larry Nassar Testimony Went Viral: 'It's Just the Tip of the Iceberg'
Next Up: Editor's Pick