What We Know About Toronto Van Attack Suspect Alek Minassian

By Jennifer Calfas and Katie Reilly

Toronto police have identified a 25-year-old man as the suspect accused of driving a rented van into crowds of pedestrians on Monday, killing 10 people and injuring 14 others.

Alek Minassian — of Richmond Hill in the greater Toronto area — was arrested near the scene of the Toronto attack after a short, intense stand-off with Toronto police on Monday. He appeared in court Tuesday morning and was charged with 10 counts of first-degree murder and 13 counts of attempted murder. He did not enter a plea and will return to court on May 10, the Associated Press reported.

At a press conference on Tuesday afternoon, Homicide Detective Sergeant Graham Gibson of the Toronto Police Service said he is anticipating a 14th count of attempted murder to come.

Here’s what to know about the Toronto van attack suspect:

His motive is still under investigation

Police have said that Minassian, who was not previously known to law enforcement, deliberately struck pedestrians. But they have not released more information about his motive, citing their ongoing investigation.

At a press conference on Tuesday, Gibson said that Minassian allegedly posted a “cryptic message on Facebook minutes before he began driving the rented van” and “deliberately striking pedestrians.”

Gibson declined to elaborate further on the Facebook post. But Minassian had written a post on Monday praising Elliot Rodger, who killed six people at the University of California, Santa Barbara in 2014. Rodger had written a manifesto in which he said he sought to “punish all females for the crime of depriving me of sex.”

While Gibson said the victims of Monday’s attack were “predominantly female,” he said he did not know if Minassian had deliberately targeted women. “At this stage we have no evidence of that occurring,” he said at Tuesday’s press conference.

Vehicles have been used as a weapon in other attacks around the world. A man killed eight people using a pickup truck in New York City last fall. In Nice, France, a man drove a truck into a crowd celebrating Bastille Day in July 2016, killing 86 people.

Canadian Prime Minister Justin Trudeau said Tuesday that he had “no reason to suspect that there is any national security element to this attack.”

Minassian had a tense standoff with police

Videos posted on social media of the brief stand-off between Minassian and police showed the suspect holding what appears to be a cell phone and pointing it to look like a handgun.

In the video, a police officer could be heard shouting, “Get down! Get down!”

The video showed the officer pointing a gun at the suspect and giving him multiple warnings. During the confrontation, the suspect yelled “shoot me in the head.” The officer eventually stepped closer to him until the suspect dropped the object. Officers then arrested him.

A LinkedIn profile that appears to belong to Minassian says he attended Senaca College in Toronto from 2011 through 2018. The university did not immediately respond to a request for comment from TIME.

Classmates from high school and college told Canada’s Globe and Mail that Minassian appeared to be socially awkward and had significant knowledge of computers and computer chips. One classmate told the Globe and Mail he did not believe Minassian knew how to drive a car.

“My memory is not perfect, but certainly, it would not be, I don’t think, a misstatement to say that he wasn’t overly social,” Ari Bluff, who went to Thornlea Secondary School with Minassian, told CBC News.

Police are still seeking witnesses of the attack

As police continue their investigation, they are still seeking witnesses of the attack to provide further information. Witnesses with photos or videos of the incident can upload them here. 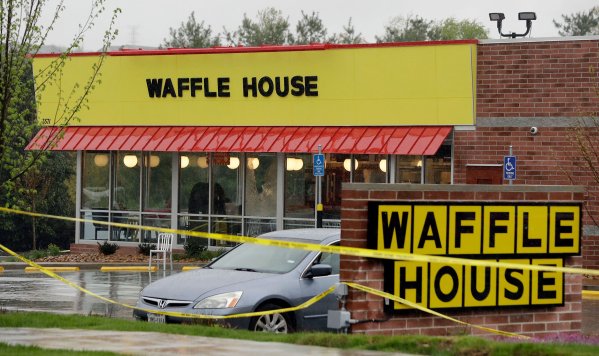