The Royal Wedding of Prince Harry and Meghan Markle is set to be a much smaller affair than the 2011 nuptials of Prince William and Kate Middleton. But that doesn’t mean the guest list doesn’t still include a number of notable attendees.

While 2,640 members of the public have been invited to watch the arrivals of Harry and Meghan at Windsor Castle on May 19, only around 600 guests have been asked to attend the actual ceremony at St. George’s Chapel as well as the subsequent lunchtime reception hosted by the Queen at St. George’s Hall. This group will then be cut down to 200 of their closest family and friends for a party hosted later that night by Harry’s father, Prince Charles, at Frogmore House.

Here’s everything we know about the royal wedding guest list—from everyone who’s definitely invited to those who have dropped hints they are.

The Queen and Prince Philip

Queen Elizabeth II and Prince Philip, Duke of Edinburgh arrive with the Royal Procession as they attend Royal Ascot 2017 at Ascot Racecourse on June 20, 2017 in Ascot, England.
Chris Jackson/Getty Images

Queen Elizabeth has formally given her consent for her “most dearly beloved grandson” to marry Markle and is expected to attend the royal wedding alongside her husband, Prince Philip.

There was a slight chance Philip wasn’t going to be able to make it due to his recent hip replacement surgery. However, Buckingham Palace has confirmed that the Duke of Edinburgh will indeed be in attendance.

Prince Harry’s father, Prince Charles, will attend the royal wedding before hosting a party later that evening at Frogmore House for 200 of Harry and Meghan’s closest friends and family members.

Just as Harry was William’s best man when he married Kate Middleton, William will take on the same role at Harry’s wedding to Markle. William and Kate’s two older children, Prince George and Princess Charlotte, will also participate in the ceremony as a page boy and bridesmaid, respectively.

However, the palace has confirmed that the third royal baby, Prince Louis, will not be in attendance.

Meghan Markle’s mother, Doria Ragland, is not only attending the wedding, but accompanying her daughter on the car ride to Windsor Castle leading up to the ceremony, according to a statement from Kensington Palace.

However, Markle’s father, Thomas Markle Sr.—who was originally expected to walk his daughter down the aisle—is no longer coming to the wedding following a report that he would not attend amid heart problems and the news that he had staged photoshoots.

In a statement, Markle suggested her father’s health was to blame for his absence. “Sadly, my father will not be attending the wedding,” she wrote. “I have always cared for my father and hope he can be given the space he needs to focus on his health.”

Ragland and Markle Sr. have been divorced since Markle was 6 years old.

The sisters of the late Diana, Princess of Wales, Lady Sarah McCorquodale (left) and Lady Jane Fellowes, and her brother, Earl Charles Spencer, at the opening of a fountain built in memory of Diana in London's Hyde Park.
Fiona Hanson - PA Images via Getty Images

Kensington Palace has confirmed that not only will all three siblings of the late Diana, Princess of Wales—Lady Sarah McCorquodale, Lady Jane Fellowes, and Earl Charles Spencer—attend the wedding, but Lady Jane will also give a reading during the ceremony.

“Prince Harry and Ms. Markle both feel honoured that Lady Jane will be representing her family and helping to celebrate the memory of the late Princess on the wedding day,” the Palace said in a statement.

In a January interview with Harper’s Bazaar Saudi Arabia, Markle’s close friend Priyanka Chopra teased not only an appearance at the royal wedding but also a potential bridesmaid role. She has since revealed that while she will be at the wedding, she isn’t in it.

“I’m super excited about her and her big day,” Chopra said in an interview with PEOPLE Now. “It’s not just going to be life-changing for both of them, it’s life-changing for the world that needs to see strong women as icons, and I think Meghan has the potential to be that.”

The Spice Girls bow at the curtain call during the Gala Press Night performance of 'Viva Forever' at the Piccadilly Theatre on December 11, 2012 in London, England.
Dave Hogan/Getty Images

During an appearance on The Real in February, Mel B—a.k.a. Scary Spice—let slip that all of the Spice Girls had been invited to the Royal Wedding. “Yes,” she told the talk show’s hosts when asked if the beloved girl group would be in attendance. “Why am I so honest?”

Mel also seemed to hint that she, Victoria Beckham, Melanie Chisholm, Emma Bunton and Geri Halliwell would be performing at the reception.

Prince Seeiso of Lesotho has confirmed that he and his wife, Princess Mabereng, will be attending the royal wedding in May. The prince of the southern African country co-founded the Sentebale charity with Prince Harry in 2006.

“An invitation apparently is on the way,” he told SABC news, according to the Daily Mail. ‘These invitations, they sometimes either bring them in a stagecoach or boats or whatever, but we will be there be in May.”

Who won’t be there

Former U.S. President Barack Obama and Prince Harry share a joke as they watch wheelchair baskeball on day 7 of the Invictus Games 2017 on September 29, 2017 in Toronto, Canada.
Chris Jackson/Getty Images for the Invictus Games Foundation

Kensington Palace announced that the royal couple would not be inviting political leaders to their big day. So don’t expect President Barack Obama, a friend of Prince Harry’s, to show with Michelle Obama. For that matter, don’t expect President Donald Trump or British Prime Minister Theresa May to be in the mix either. 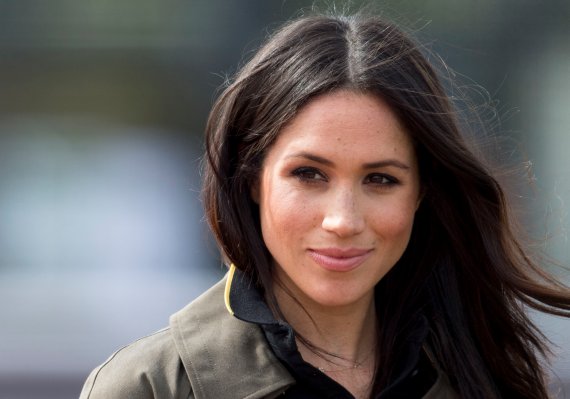 The Reason Why Meghan Markle Won't Have a Maid of Honor at Her Royal Wedding
Next Up: Editor's Pick