Joe Lieberman: A New Way to Keep Ideologues Out of Congress

Getty Images
Ideas
By Joe Lieberman
Lieberman, a former U.S. Senator for Connecticut, is national co-chairman of No Labels.

Politics in our democracy has always been rough and tumble. No one expects advocates on the far left and far right to lay down their arms. But our system too frequently prevents general election voters from choosing a Congressional candidate who will reach across the aisle to solve problems. That needs to change.

On March 13, the night Conor Lamb was elected to Congress, my old friend and former senatorial colleague Rick Santorum made an important point on CNN. Lamb is the Democrat who now represents a House district in Pennsylvania that President Trump won in 2016 with nearly a 20-point margin. But as Santorum noted, had Lamb faced a left-leaning opponent in the primary, he would have lost, and the winner would have been easily defeated by the Republican nominee in the general election.

Of course, we don’t yet know what sort of Congressman that Lamb will be. As a candidate, he embraced the progressive position on health care, contending that Republican efforts to undermine the Affordable Care Act were misguided, but opposed the Democratic line on guns, arguing against new restrictions on 2nd Amendment rights. In other words, Lamb ran with an independent streak similar to that of Dan Lipinski, an Illinois Democrat representing a district south and west of downtown Chicago. When a more doctrinaire liberal challenged Lipinski in a primary contest that went down to the wire the week after Lamb’s big victory, even though Lipinski would prevail, a host of the special interest groups that typically support progressive causes engaged in a coordinated effort to cut Lipinski down.

Primaries are no longer contests designed to help parties produce the candidates who appeal to broad swaths of voters. Rather, they’ve devolved into purity contests, disadvantaging anyone who fails to fall entirely in line with liberal or conservative doctrine. Lipinski managed to retain his seat — with a lot of support from No Labels and our allies, because he has been a problem-solver. But his rare success belies the problem: Primaries have come to weed out the sorts of candidates, like Lipinski, capable of getting big bipartisan deals done in Washington. And that, as much as any other reason, is the root of Congressional dysfunction.

We’re now caught in a self-perpetuating cycle. When Washington doesn’t work, voters become angry. When voters are angry, they’re more likely to embrace more vituperative candidates — shrill partisans who promise to stand adamantly against the troublemakers across the aisle. We end up with a Congress full of representatives in both parties who have promised that they will do almost nothing but fight until everyone else capitulates to their point of view. And because most are not prepared to give an inch, nothing gets done — so the public becomes even angrier, and the cycle begins again.

Our current national condition would worry the founding generation of Americans. They explicitly designed our constitutional system to correct its own excesses. With power being divvied up between the various branches of government and between federal, state and local authorities, our founders intended to ensure that no single faction of voters could gain the leverage required to overwhelm all the others. And that meant that to get anything substantive done, leaders would need to compromise. But because of our purity-contest primary system, candidates inclined to reach out across the aisle are now perpetually worried that their penchant for bipartisanship will prompt a conservative or liberal ideologue to challenge them in a primary.

Fortunately, the center is finally fighting back. A growing band of members spanning both parties has come to realize that our country needs to steer in a different direction. Members of the bipartisan Problem Solvers Caucus — a bloc of 24 Democrats and 24 Republicans bent on addressing America’s big challenges together — is embracing the promise of negotiation and bipartisan deal-making. They’ve already come up with several substantive compromises on issues ranging from health care to infrastructure to immigration and border security.

Senators Joe Manchin (D-WV) and Susan Collins (R-ME) have begun a like-minded Common Sense Coalition in the Senate. Both groups are strongly supported by No Labels, and, more important, have the public on their side: As a January 2018 Harvard/Harris poll found, more than three-quarters of Americans want President Donald Trump and Congressional Democrats to compromise rather than stubbornly stick to their original positions.

But two hurdles remain. First, we need to show that embracing bipartisanship won’t inevitably bring an elected official’s career to an early end. That’s why Lipinski’s primary victory was so important. No Labels’ decision to intervene on his behalf by organizing grassroots supporters on the ground and online, along with our well-funded SuperPAC ally called Country Forward, sent a message that Problem Solvers and other members with a bipartisan bent won’t be left out to dry. Candidates on the far left and far right have long had independent champions to aid their respective candidacies — now those who believe in bipartisanship do too. That should help stiffen the spine of members taking the political risks necessary to lead.

Second, Congress itself needs to provide wider avenues for bipartisanship to prevail. In too many cases, the House Problem Solvers Caucus’ hard work has been bottled up by Congressional leaders who answer exclusively to members of their party. When the new Congress comes to Washington next January, they need to adopt new rules that enable more bipartisan legislation.

Today, for example, the “Hastert Rule” prevents the House of Representatives from considering any bill that isn’t supported by a “majority of the majority.” Ironically, this isn’t even a formal rule; it’s a governing behavior that discourages Speaker Paul Ryan from scheduling votes on bills that have the support of as much as 70% of the nation’s representatives (say, all the Democrats and a lot of Republicans) if a slim majority of the ruling party stands in opposition. That doesn’t make sense — and it needs to change. New rules should untie the Speaker’s hands. Additional reforms should flow from there.

As primary campaigns and Congressional procedures have come to favor partisan purists and ideologues, the country has suffered. To end the vicious cycle driving Washington’s worsening condition, Congress needs to heed the broader electorate’s call for everyone to come together in pursuit of the common good. At the same time, voters should recognize that ideological litmus tests in primaries too often prevent public servants willing to reach across the aisle from surviving in office. What we need are leaders willing to work collaboratively with their colleagues in the other party, putting the nation’s interests above partisan priorities. 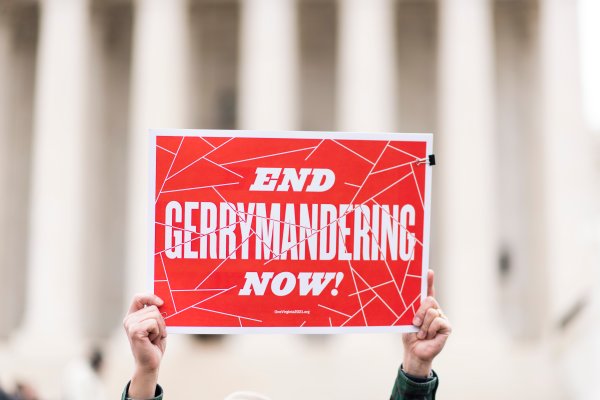 Congressman: 97% of Americans Want One Kind of Gun Control. Here’s Why Congress Hasn’t Acted
Next Up: Editor's Pick