John Krasinski’s new movie A Quiet Place may have soared to a $50 million opening at the box office this weekend — the year’s second-best debut behind Black Panther — but he’s clearly still most well-known for his role in The Office.

The 38-year-old actor originally made a name for himself playing Jim Halpert on the NBC comedy. But while the show finished its nine-season run nearly five years ago, fans have never forgotten their favorite prankster paper salesman.

Following the release of A Quiet Place — which Krasinski directed, co-wrote and stars in alongside his wife, Emily Blunt — Krasinski’s time at Dunder Mifflin began to resurge as a topic of conversation on the internet.

Even Krasinski acknowledged to TIME the move is kind of unexpected, saying, ““I don’t think anybody sees my name and goes, ‘That guy—I want to see a horror movie from him.'”

“Just saw ‘A Quiet Place’ and about 8 minutes before the end of the movie a girl leaned over and asked her friend, ‘Is that the guy from “The Office?”‘” one Twitter user quipped to the amusement of over 38,000 of his fellow tweeters.

See some more Office-inspired reactions below. 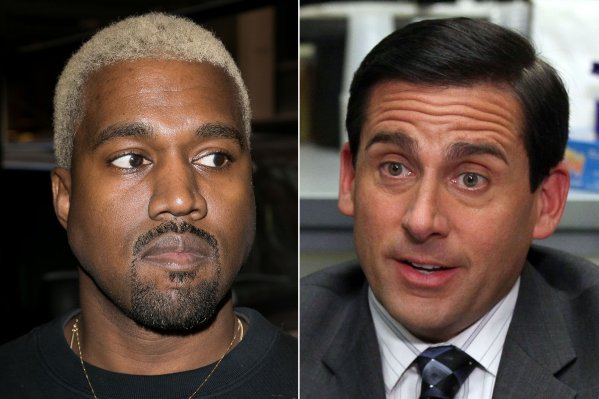