Following a shooting at the school on Feb. 14 that left 17 students and faculty dead, Broward County Superintendent Robert Runcie has outlined new campus safety measures, some for the entire district and others applying only to Marjory Stoneman Douglas High.

A new policy specifically for the site of the tragedy mandates, among other measures, that all students be provided with a transparent school bag, the only backpacks now allowed on the campus. Students and faculty also must now wear identification badges at all times.

But many students, some of whom have become leaders in a nationwide effort to achieve gun control reform, weren’t impressed with the policy.

One lamented that her school “is starting to feel like a prison.” Others took to social media to make further calls for regulating guns instead of teenagers’ property. Some simply had a laugh at the effort.

Here’s how some Parkland students responded. 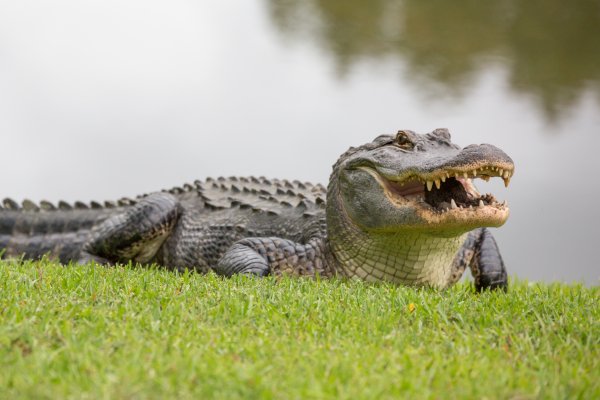 An Alligator Went for a Swim in a Florida Family’s Pool
Next Up: Editor's Pick