The Internet is expressing its anger about Winter Storm Toby with memes of Toby from The Office.

That’s because when we think of Toby, the name of the nor’easter pummeling its way up the East Coast on Wednesday, we think of the most annoying guy in Scranton, Pennsylvania, from the hit show.

You could blame all this heavy wet snow on Mother Nature for being a harsh mistress, but let’s not kid ourselves: One man and one man only is responsible for the snowstorm after the first day of spring, according to the Internet.

It’s Toby Wyatt Flenderson, the world’s worst person, as Michael Scott labeled him. And like human resources’ most exasperating representative, this storm is an unwanted presence that lingers throughout the day. That’s what makes him the perfect target for the Internet’s rage about the massive snowstorm.

So when news dropped of the fourth nor’easter of March, GIFs of Michael Scott emanating beams of hatred at Toby just said it all.

See the Toby memes below. 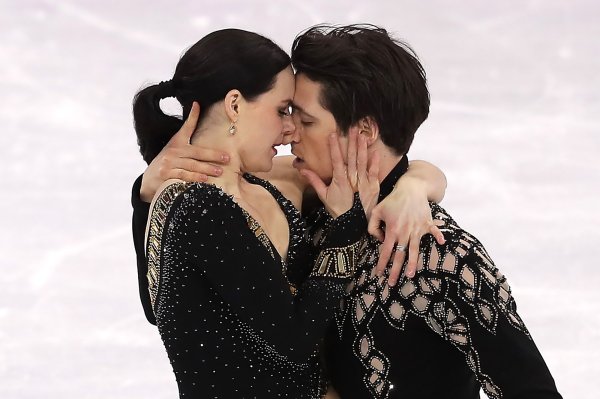 Tessa Virtue and Scott Moir Can't Convince Ellen DeGeneres They're Not Dating
Next Up: Editor's Pick