Meghan Markle is getting the Madame Tussauds wax figure treatment before she marries Prince Harry in May at the social event of 2018.

“World famous Madame Tussauds London will be safely delivered of a future princess, bride to be and former queen of the courtroom in May 2018. Her Royal Likeness, Meghan Markle, will take her position alongside future husband Prince Harry in time for the wedding of the year,” read the notice signed by the museum’s general manager Edward Fuller. The “queen of the courtroom” reference was a nod to her starring role on the legal drama Suits.

“It’s clear that the public has already taken Meghan to their hearts,”Madame Tussauds London’s General Manager Edward Fuller said in a statement. “One half of arguably the most famous couple in the world right now she’s already made her own mark as a humanitarian and role model. We’re excited to give guests the chance to ‘meet’ her in attraction later this year.”

Markle’s wax alter ego‘s stance and outfit remains a tightly guarded secret, according to Madame Tussauds. The attraction opens in early May at Madame Tussauds in London.

This summer, the New York museum will also reveal another wax figure statue of Markle celebrating the first time an American citizen is joining the royal family in 80 years. 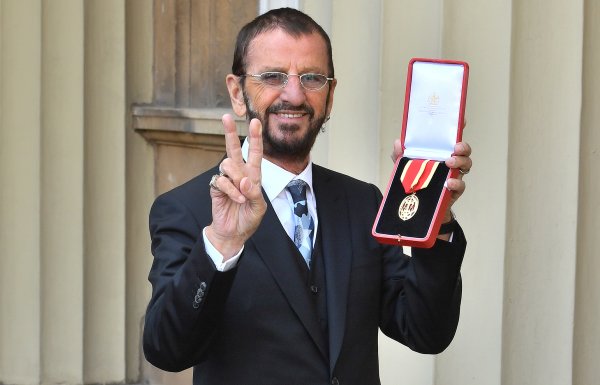 Newly Knighted Ringo Starr Has a Perfect Plan for His Medal
Next Up: Editor's Pick