Thousands of Students Walked Out of School Today in Nationwide Protests. Here's Why

It’s been exactly one month since the deadly shooting at Marjory Stoneman Douglas High School — and some are choosing a somber way to pay tribute to the 17 people killed in the Parkland massacre.

Thousands of students and teachers began walking out of their classrooms on Wednesday, March 14 as part of the the #Enough! National School Walkout to raise awareness about issues of school safety and the impact of gun violence. The nationwide march, organized by Women’s March Youth Empower, began at 10 a.m. Many marches lasted 17 minutes, to represent each of the victims of the shooting at Marjory Stoneman Douglas High School.

Students from Marjory Stoneman Douglas were, of course, some of the most prominent participants.

Here’s what you need to know about the national school walkout on March 14:

Why is there a national school walkout on March 14?

The walkout was meant to commemorate the one-month anniversary of the shooting at Marjory Stoneman Douglas High School in Parkland, Florida.

“We are not saying he is ‘not guilty,’ but we can’t plead ‘guilty’ while death is still on the table,” according to a statement from Howard Finkelstein, the Broward County public defender who is representing Cruz. “Pleading ‘not guilty,’ even though it is form and process kicking off the legal process, just seemed wrong in this case, a legal fiction that could bring unnecessary pain to the victims’ families. Standing mute maintains our only position: he (Cruz) did it and he will plead guilty immediately to 34 consecutive life sentences without parole.”

The organizers of the March 14 walkout said they wanted this protest to be a call to action for Congress to pass gun control legislation, according to the event’s website.

“We view this work as part of an ongoing and decades-long movement for gun violence prevention, in honor of all victims of gun violence — from James Brady to Trayvon Martin to the 17 people killed in Parkland,” the Women’s March Youth Empower website wrote on its site.

Who participated in the March 14 walkout?

For students, the Women’s March Youth Empower website provided a tool to search for a walkout at your school, along with resources for students, teachers, parents, and administration officials on how to have a safe and productive walkout.

But not all school districts were on board with the planned protest. Ahead of the proposed walkout, some schools have warned students against participating it it. For example, last month, a letter from the Needville Independent School District’s superintendent Curtis Rhodes was allegedly posted to the Needville High School’s Facebook page threatening to suspend students who participate in a “demonstration during school hours.” TIME reached out to Superintendent Rhodes about whether the letter still stands, but did not immediately hear back.

For those who aren’t students or teachers, the #Enough organizers asked people to wear orange, which is associated with gun violence prevention, or stage workplace walkouts for 17 minutes, according to the Women’s March site.

Who walked out of school?

Students from all over the country. Here are some photos from the nation-wide protests.

Columbine High School in Littleton, Colorado, the site of a deadly school shooting that left 13 dead nearly 19 years ago:

A school in North Carolina:

Students spoke in front of the U.S. Capitol:

And students in Albany, New York:

And Lakeside High School in Georgia:

What are your rights if you protest?

The 1969 Supreme Court ruling on the case Tinker v. Des Moines Independent Community School District makes it clear that students don’t “shed their constitutional rights to freedom of speech or expression at the schoolhouse gate.” But that does come with some caveats and complications.

The polices around the walkout are a delicate balance between allowing students to protest for school safety and keeping students safe and not disrupting school, NPR explains. The biggest thing for students is to know your rights, know your school districts’ policies regarding possible punishment for things like an unexcused absence, and to plan ahead with parents, teachers, and school administrators.

Are there other protests planned following the Parkland shooting?

On Saturday, March 24, the Parkland student survivors have organized March For Our Lives, which will take place in Washington, D.C. and around the globe at sister marches.

And there is another walkout planned for April 20, the 19-year anniversary of the Columbine High School shooting. The protest, dubbed the National High School Walkout, encourages participants to walk out of their classrooms at 10 a.m. on April 20 and leave school for the day. 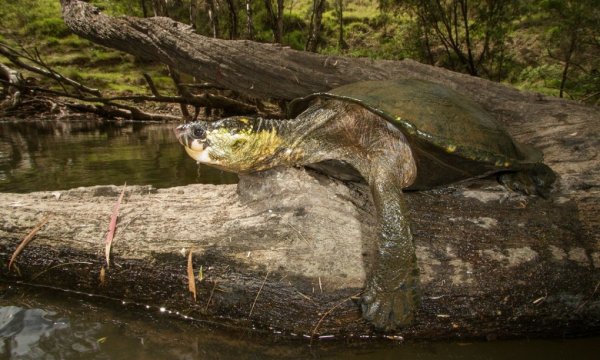 Junior High School Teacher Accused of Feeding Puppy to Snapping Turtle in Front of Class
Next Up: Editor's Pick