Do you first apply a layer of cream to your scone or do you start with a foundation of jam for the cream to rest on? The argument over that bit of afternoon tea etiquette has raged on for years between scone-eating residents of Devon and Cornwall. Now, an historical home in Cornwall has been forced to apologize to its neighbors for daring to perhaps suggest that cream be put on a scone first.

British newspaper The Telegraph reports that the Lanhydrock House and Garden in Cornwall caused a stir when they ran an advertisement for a Mother’s Day tea accompanied by a photograph showing that cream had been spread on a scone before the jam. This, of course, goes against Cornish norms where cream goes on top of the jam in traditional Cornish cream tea. According to The Telegraph, the photograph prompted outrage with people calling it “unacceptable”, “shocking” and “disgusting” and some Cornish people even threatened to cancel their memberships over the horrifying image of a mishandled scone. The Lanhydrock House responded by reprimanding the staff member responsible for the affront and making #jamfirst pins for the staff.

Not everyone is team “jam first” though.

On Facebook they noted: “We’d like to reassure our Cornish community that our catering team would never make such a heinous mistake and that our jam and cream are usually served in little pots so the order of their application is not subject to such appalling error. Rest assured, your mothers are safe here.”

While this sounds a bit silly to American ears, keep in mind how everyone on the internet flipped out when the New York Times (questionably) suggested putting peas in guacamole or how fiercely people will argue about strawberry pizza or hold a vigil for a Taco Bell that burned down or riot over McDonald’s Szechuan Sauce shortage or share their deep feelings about the existence of Salted Caramel Pepsi.

In short, when it comes to people and food, there’s no accounting for taste, feelings, or emotions. 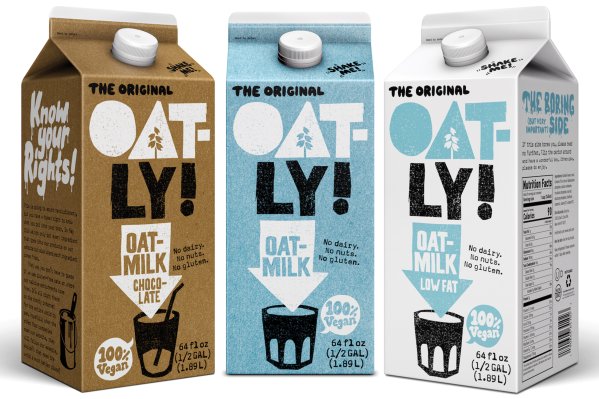 How Oat Milk Could Change the Way You Drink Coffee
Next Up: Editor's Pick