John Krasinski's Advice for Men Who Aren't Sexually Harassing Women: 'Don't Pat Yourself on the Back'

John Krasinski has strong opinions when it comes to the problem of sexual harassment and isn’t shy about sharing them. The Office star, whose real-life romance with wife Emily Blunt has become as much of a draw for pop culture audiences as Jim’s sweet relationship with Pam, spoke to Playboy about why men shouldn’t congratulate themselves just for doing the bare minimum.

“If you’re a male CEO and you don’t harass people, don’t pat yourself on the back,” he said. “Get other people to be more like you.”

Krasinski also opened up discussed talking to his wife Blunt about her own experiences with harassment in the entertainment industry, noting that he “felt terrible and borderline embarrassed” that he hadn’t discussed it with her before the #MeToo movement and Time’s Up initiative centered the issues. He also touched on how becoming a father to their two daughters has also inspired his urgency to end gender inequality and sexual harassment.

“This is a much bigger movement than just sexual harassment,” he said. “Sexual harassment is the by-product of a system that failed women a long time ago…the sexual-harassment stuff is the disgusting by-product that is shaking people up and making people awake, but I hope we don’t stop there. I think it’s a conversation about power more than anything else. To me, that’s what’s so palpably powerful. It’s not as a father of two daughters or the husband of a wife who’s a strong feminist woman in the business. It’s as a human being. I think it’s a human-being level that we should all be talking about. “ 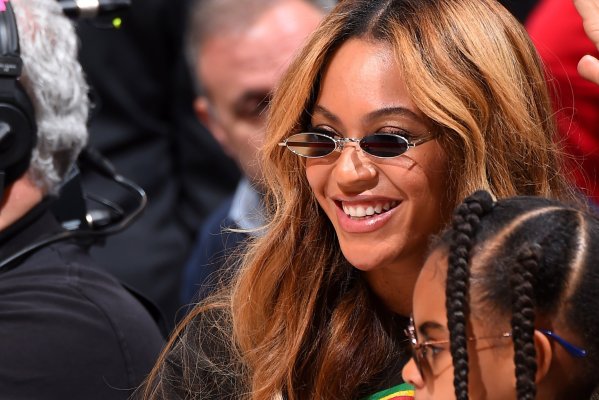 The Internet Is Convinced Beyoncé Dropped Some Sneaky Messages in Her 'Top Off' Rap Verse
Next Up: Editor's Pick