Americans Have Really Complicated Feelings About the Oscars This Year, According to a New Survey

When the 90th annual Academy Awards air on Sunday, March 4, audiences will find out what the nearly 7,000 members of the Academy of Motion Picture Arts and Sciences think about 2017 in film. But what do average Americans make of last year at the movies?

To find out, TIME ran a survey in partnership with SurveyMonkey. We asked respondents how they felt about many aspects of the Oscars and awards season in general, including the ways in which real-world issues and offscreen behavior should or should not influence which actors and films take home awards.

As it turns out, 65% of Americans watch two or fewer Best Picture nominees each year. But that doesn’t mean they don’t have strong opinions. See their responses below, and scroll down for an explanation of SurveyMonkey’s methodology and a complete breakdown of the results.

Americans are divided on Hollywood’s treatment of social issues

Over the past several months, Hollywood has been rocked by allegations of sexual harassment and abuse, and insiders have taken action with the formation of groups like Time’s Up. More than a third of Americans believe Hollywood decision-makers haven’t taken appropriate action in responding to allegations, while half say it’s still too soon to tell. More than four out of ten Americans think the industry has paid too much attention to social movements like #MeToo and #OscarsSoWhite, while 31% would argue that too little attention has been paid.

Seventy percent of Americans don’t think the presence of a social or political message makes a film any more deserving of an award. But more of those who do think such a statement increases awards-worthiness are female (21% versus 15% of males) and nonwhite (26% versus 14% of white respondents).

Ever since the #OscarsSoWhite campaign took off in 2015 and 2016, in response to the lack of people of color among acting nominees, there has been increased scrutiny whenever nominations are announced and awards are won. Americans have mixed feelings about how much progress has been made on the diversity front, with 44% believing awards shows have become more inclusive over the past five years, 42% believing it’s remained about the same and 13% responding that awards have gotten less inclusive. Twice as many respondents who identified as nonwhite (18%) think it’s gotten less diverse, compared to white respondents (9%).

Survey respondents were torn when it comes to the influence personal behavior should have on professional honors. Just over half (53%) believe behavior should be either “a great deal” or “somewhat” a part of awards criteria.

The survey also asked Americans to weigh in specifically on allegations of misconduct against The Disaster Artist director and star James Franco, who was accused of sexual misconduct days before voting closed for nominations (Franco, who denied the allegations, was not ultimately nominated), and The Darkest Hour actor Gary Oldman, whose ex-wife accused him of assault in 2001 and who has been accused of making anti-Semitic comments. The responses were split, with 47% saying the allegations should affect their chances of winning or being nominated and 51% saying they should not. When asked who should win Best Actor, Oldman won with 32% of responses.

The people have spoken, and they want Get Out to go all the way

When asked which of the nine Best Picture nominees should take home the golden statue, 18% chose Jordan Peele’s social thriller Get Out. This pick was slightly more popular with women (19%), adults between 18 and 29 (28%) and non-white Oscar watchers (29%). The Shape of Water came in a close second, with 16%, followed by Three Billboards Outside Ebbing, Missouri, with 15%. Oldman and Frances McDormand (Three Billboards) were the top picks for Lead Actor and Actress, but young adults favored Get Out‘s Daniel Kaluuya and The Shape of Water star Sally Hawkins.

Methodology: This SurveyMonkey Audience survey was conducted February 13‐17, 2018 among a national sample of 1,875 adults, including 745 people likely to watch the Academy Awards this year. Respondents for this survey were selected from the nearly 3 million people who take surveys on the SurveyMonkey platform each day. The modeled error estimate for this survey is plus or minus 3 percentage points. Data have been weighted for age, race, sex, education, and geography using the Census Bureau’s American Community Survey to reflect the demographic composition of the United States age 18 and over. The full breakdown by demographics is available here. 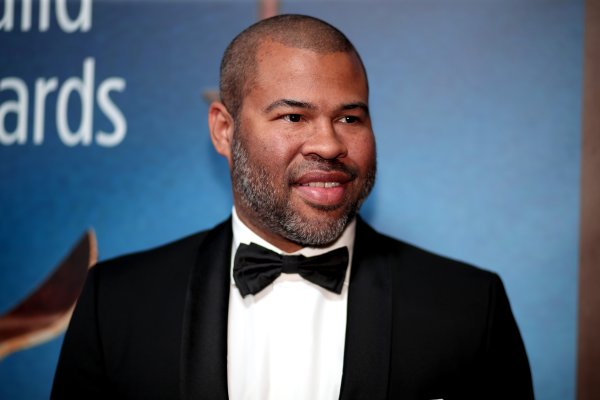 Here Are the Records That Could Be Broken at the 2018 Oscars
Next Up: Editor's Pick