When President Donald Trump took the stage at the Conservative Political Action Conference (CPAC) Friday morning, he clearly wanted to have some fun.

“You don’t mind if I go off script a little bit?” he asked the rowdy audience in Maryland. His prepared CPAC speech, after all, was “a little boring,” he said.

For more than an hour, Trump held court, largely eschewing a teleprompter filled with prepared remarks on North Korea sanctions and remembrances for Billy Graham and the victims of the Parkland, Fla. shooting, instead choosing to ramble enthusiastically about familiar themes in his typical campaign style. (In fact, new sanctions on North Korea were supposed to be a major part of his CPAC speech, with Treasury Secretary Steven Mnuchin scheduled to give a briefing on the news Friday morning. But Trump barely mentioned them, giving them just a brief nod at the tail end of nearly one hour and 15 minutes onstage.)

Early in his CPAC speech, Trump caught a glimpse of himself in a TV monitor and joked, “I try like hell to hide the bald spot,” turning around to show the audience the back of his head. He said his “administration has had the most successful first year in the history of the presidency,” touting the passage of the tax bill, confirmation of a record-number of circuit court judges and moving the U.S. embassy in Israel to Jerusalem as some primary accomplishments.

And he returned to his election victory in 2016, criticizing the media and saying winning the electoral college is “much tougher” than winning the popular vote. (He did not win the popular vote.) The CPAC crowd started a robust chant of “lock her up!” when Trump mentioned Democrat Hillary Clinton, to which Trump responded that the Clintons have “committed a lot of atrocities.”

In another callback to his time on the campaign trail, Trump read the lyrics to Johnny Rivers’ “The Snake,” a song from the 1960s that tells of a woman taking in an injured snake, who then bites her, chiding her, “You knew damn well I was a snake before you took me in.” He would often read it at campaign events talking about crimes committed by immigrants.

As Trump pulled the printed lyrics out of his pocket Friday morning, he instructed his audience explicitly, “You have to think of this in terms of immigration.”

During the off-script portion of his hour on the CPAC stage, Trump also tried to motivate the crowd for the November midterm elections – saying that if Democrats win, “they’ll take away your Second Amendment.” He asked the crowd to cheer for whether they’d rather have the Second Amendment right to bear arms or the tax cuts he passed last year, and the applause signaled a win for the Second Amendment. He didn’t mention the shooting in Florida that took the lives of 17 people until later in his CPAC speech, when he temporarily returned to prepared remarks.

Friday morning gave Trump the opportunity to flex his freewheeling campaign rhetoric in front of a supportive live audience. It’s what he seems to enjoy the most about his late-in-life career switch to politics, and it’s what he gets far less of as Commander-in-Chief than he did as an outsider candidate.

He seemed excited to talk about upcoming midterm elections, asking Republicans not to get “complacent” during the midterms. And looking ahead to winning a second term in 2020, Trump said, “Hopefully we’re going to do that very easily.” 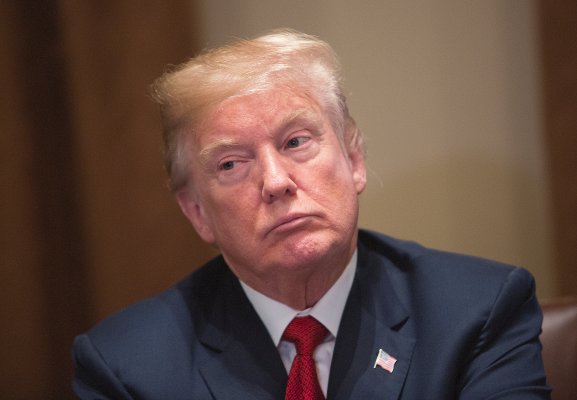