Nicholas Dworet was a high school senior, a “charismatic young man” and an aspiring Olympic swimmer who would have turned 18 next month.

He was one of 17 people killed in a mass shooting on Wednesday at Marjory Stoneman Douglas High School in Parkland, Florida.

“He was, you know, just a very charismatic young man. He was so handsome — blond hair, blue eyes,” Nicole Nilsson, a family friend, told TIME on Thursday. “He had many, many friends because he was so funny and likable. He was a good student. He loved his family — got along great with his mom and dad and his brother. Just a great, great wonderful family.”

In a statement on Thursday, University of Indianapolis President Robert Manuel said the school plans to find ways to help Dworet’s family.

“Nick’s death is a reminder that we are connected to the larger world, and when tragedy hits in places around the world, it oftentimes affects us at home,” he said.

TS Aquatics swim coach Andre Bailey described Dworet, their team captain, as “an all-around great kid” in an interview with the Indianapolis Star. “I’m telling you from the bottom of my heart, he just took his life in his hands and he chiseled and molded his life,” Bailey said.

Dworet had set his sights on competing in the 2020 Summer Olympics in Tokyo, making the 2020 logo his screensaver to remind him of his goal.

“He had very big aspirations,” Nilsson said. “That was what he was working for, and he would’ve made it.” 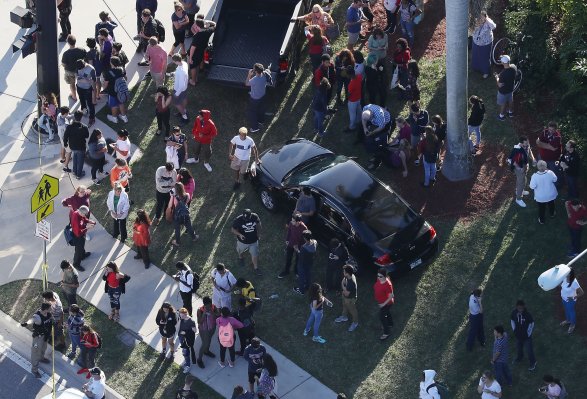 'He Died a Hero.' Football Coach Shielded Students from Bullets
Next Up: Editor's Pick