The Internet Thinks 'Lady-Friendly' Doritos Are in Pretty Bad Taste

In an interview with Freakonomics, PepsiCo CEO Indra Nooyi commented on the ways that consumer insights about gender differences are driving product development in the world of Doritos. Women, Nooyi suggested, “don’t like to crunch too loudly in public. And they don’t lick their fingers generously and they don’t like to pour the little broken pieces and the flavor into their mouth.”

The company’s answer? The brand has been working on developing chips that are “low-crunch” with the same “taste profile,” but with less of the flavor sticking to fingers. “And how can you put it in a purse?” Nooyi mused; apparently the current chip bags aren’t cutting it for the handbag wielders of the world. “Because,” she said, “women love to carry a snack in their purse.”

“It’s not a male and female as much as ‘are there snacks for women that can be designed and packaged differently?’” Nooyi further explained. They won’t be the first to have tried it; there were those BIC pens for women, too. Doritos is preparing to launch its line of tailored-to-purse-carrying chips shortly. And the internet had feelings about this particular gendered innovation.

Following the strong reaction to the comments that the company was designing snacks with women’s different consumption habits in mind, Doritos later clarified their plans. “The reporting on a specific Doritos product for female consumers is inaccurate,” a spokeswoman told PEOPLE.

“We already have Doritos for women — they’re called Doritos, and they’re enjoyed by millions of people every day. At the same time, we know needs and preferences continue to evolve and we’re always looking for new ways to engage and delight our consumers.” 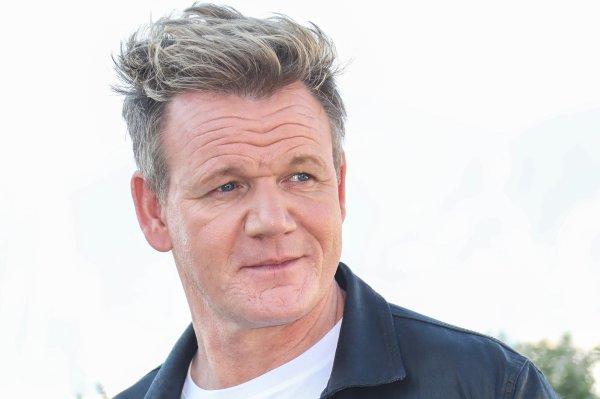 Gordon Ramsay Is So Done With These 3 Popular Food Trends
Next Up: Editor's Pick